Guide to Kitulo National Park in Southern Tanzania. The Park is the first park in Tropical Africa to be gazetted largely for its floristic significance. Kitulo – a botanist and hiker’s paradise - is also highly alluring to birdwatchers. Known locally as "Garden of God" or "Serengeti of Flowers", Kitulo Plateau has had over 350 species of plants documented to date.

These include 45 species of Orchids, many of which are not found anywhere else in the world, and also the stunning yellow-orange red-hot poker and a variety of aloes, proteas, geraniums, giant lobelias, lilies and aster daisies, of which more than 30 species are endemic to southern Tanzania.

Accessible by road from Dar-es-salaam to Mbeya and chimala and then by 4 wheel drives only.

Things to Do in Kitulo Game Park:

Wildflower displays peak between December and April. The sunnier months of September to November are more comfortable for hiking but lessrewarding to botanists. Conditions are cold and foggy from June to August.

Birdlife including the endangered blue swallow, Denham's bustard, mountain marsh widow, Njombe, Cisticola and Kipengere Seedeater. Some of the World's rarest butterflies along with Chameleon, lizards, frogs and a few hardy reedbuck and eland inhabit here 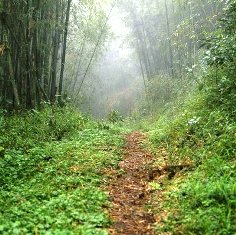