Visit Gombe Stream National Park in Tanzania for your safari vacation while in Tanzania.The smallest of Tanzania’s national parks covering only 52 square km, Gombe is a narrow strip of chimpanzee habitat on the shore of Lake Tanganyika.

Its chimpanzees – habituated to human visitors – were made famous by the pioneering work of Jane Goodall’s studies.

The matriarch, Fifi, the last surviving member of the original community, only three years old when Goodall first set foot in Gombe, is still regularly seen by visitors.

Tracking the chimps is a fascinating experience. It's likely that you will observe them grooming each other in small groups, squabbling noisily, or bounding from tree to tree swinging on vines.

Watching a mother chimp with her offspring is truly remarkable. The area is heavily forested making it an unsuitable habitat for carnivores and safe for walking safaris. Difficult to reach and relatively expensive, Gombe has few visitors each year.

Just north of Kigoma (around 16 km), on the shore of Lake Tanganyika. Usually requires flight with Precision Air from Dar es Salaam (daily) or a shared charter flight from Arusha that flies on Tuesdays and Fridays only. A train (takes 2-3 days) from Dar and then by 1 hour boat trip from Kigoma.

Things to Do in Gombe Stream National Game Park:

The best time to visit Gombe is during the dry season, May to October and during the short rains in January and FebruarySet aside at least 4 days (1 to get there, 1 to return and at least 2 nights actually in the park). 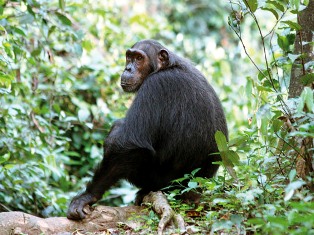