Baruuli-Banyara People and their Culture

Who are the Baruuli Banyala People in Uganda? The Baruuli-Banyala are a people of Central Uganda who generally live near the Nile River-Lake Kyoga basin. The people first settled in the northern part of Uganda, but later migrated to the western parts of Uganda to the Bunyoro kingdom as the king’s guards.

Though the names of the two groups (Baruuli and Banyala) appear somewhat different, they see themselves as the same people and attribute the difference in names to the body of water (the Sezibwa River) that separates them.

Some distinguishing characteristics of Baruuli-Banyala culture are their cultural leader – the Isaabaruuli – and their methods of naming around totems and giving names after circumstances. They have 120 clans but, unlike many other cultures, power is not hereditary.

The Baruuli are cattle keepers, goat-herders, fishermen and cultivators. Most live in mud houses with iron or thatched grass roofs. Transportation is difficult and people either walk or use bicycles for traveling, often for very long distances. 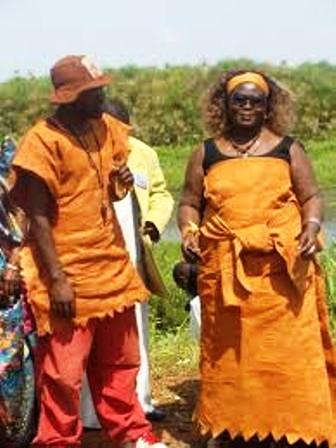 Baruuli-Banyara People and their Culture

For centuries Baruuli/Banyala were a peaceful and hardworking people. They were a well organized community and although they were great warriors they abhorred aggression.

They would be drawn into war only in response to aggression. Their bravery at the battle front earned them the confidence of the kings of Bunyoro-Kitara who relied on them during wars.

The 1890-99 war between Bunyoro-Kitara and the Anglo-Ganda alliance led to the annexation of Buruuli/Banyala to Buganda and the defeat of king Kabalega who, after capture, was sent into exile to the Seychelles.

The British gave the areas where the Buruuli/Banyala lived (also known as lost counties) to the Baganda as a reward for their assistance in conquering the Bunyoro kingdom. Many Baruuli could not stomach being under Buganda rule, so they opted for migration and settlement elsewhere. They then scattered into different areas like Teso, Lango, Busoga and Bunyoro.

This has led to the Baruuli/Banyala betraying an imposed inferiority complex and fearing to annoy Buganda, for a long time cautiously expressing their resentment towards the annexation. Their voice was often suffocated by the Buganda colonialist intimidatory machinery, and Buganda’s extremely effective policy of assimilation.

The Bugandanization of the indigenous people in the lost counties was thorough. Any Muruuli who dared express Buruuli/Banyala patriotism was threatened with reprisals in one way or the other.

After a grace period to learn Luganda, the Baruuli language was declared illegal. Baganda chiefs were not ashamed to remind Baruuli and Banyala that there was no such thing as a Ruruuli or Lunyala language. They even went as far as to say that the tribes known as Baruuli and Banyala had never existed.

It was therefore criminal to identify oneself as a Muruuli or a Munyala. Also their dances and songs were declared forbidden and cultural practices branded inferior. A family head found sitting with his legs crossed (a Kiruuli custom) was punished because Kiganda culture deemed it bad manners and barbaric.

Furthermore Kiruuli names became forbidden and everyone had to adopt a Kiganda name.

Politically the annexation was formalized in the 1900 Agreement, which, among others, provided for the inclusion of Baruuli and Bunyala among the counties of Buganda. The same agreement introduced the mailo land system which displaced Buruuli/Banyala peasants.

It placed, indeed donated, land to Baganda settlers. The mailo land system deprived the indigenous people of their own land, subjecting them to perpetual slavery and squatter status.

A handful of people, especially the Kabaka (king of Buganda) and the royal lineage, the chiefs, prominent friends and war allies, among others, were the beneficiaries of displacement of Baruuli/Banyala.

In effect, a class of people, called the land owners, were imposed on the indigenous people by the Anglo/Ganda conquest.

The Baruuli/Banyala were then subjected to slavery by making them pay ground rent and royalties. This was in addition to free, obligatory physical manual work on Baganda chiefs’ private gardens.

The 1964 referendum in Buyaga and Bugangaizi, which should have addressed the lost counties problems, was not held in Buruuli due to Baganda manipulation.

This was largely due to manipulations by the already brainwashed Baruuli/Banyala elites and their Ganda cronies who insisted it was not necessary. This decision blocked the road to self re-discovery and cultural emancipation.

Since the dawn of Buganda rule in 1900, Baruuli/Banyala were subjected to ridicule because of lack of identity. It was made to look like Baruuli/Banyala had no origin. The situation worsened in 1979 when Baruuli who had ran away from Buganda rule to settle in Lango were evicted and told to return to their homeland.

The struggle for self-liberation remained passive for many decades. When the general elections were rigged in 1980, Baruuli joined guerrilla groups in a five year war which ushered in Museveni’s Movement government which has been ruling Uganda since 1986 to date (2012).

The fact that the Baruuli performed well on the battle front for both Kabalega wars resisting Anglo-Ganda invasion and during the five year guerrilla war, gave Baruuli extra confidence in themselves. Their desire to be treated on equal terms with the rest of Ugandans grew.

It however became more significant when the Buruuli/Banyala Cultural Trust was formed in 1994 to carry forward the socio-economic and cultural aspirations of the people. The activities of the Trust since then has seen a lot of positive changes in the lives of the people, albeit strong opposition from the Baganda establishment.

A dramatic turning point in the relationship between the Baruuli/Banyala and the Buganda kingdom came in 2004. Buganda demanded from the central government a federal political system in Uganda and declared that no district was to be allowed to break off from Buganda.

The Baruuli gained enough courage to gather in an all Baruuli conference at Nakasongola where they boldly declared that in the event Buganda got federo, Buruuli and Banyala would not be part of it.

They passed a resolution banning the singing of the Buganda national anthem, and the use of Luganda as the official language in Buruuli was also banned. Meanwhile president Museveni showed his support and encouraged them to install their own cultural leader, Isabaruuli Isaabarongo Mwogezi Butamanya.

Since the Isabaruuli has been installed gradually Baruuli culture is being promoted. On national radio, programs are broadcast in Ruruuli/Runyala language. However still just a few hours a month.

The establishment of a radio station in Nakasongola is of utmost importance. Recently a pilot project has started whereby Ruruuli/Runyala language is being taught in eight schools. It all adds to the growing self confidence of the Baruuli/Banyala. 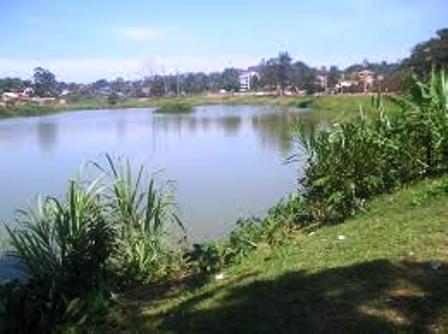 The Baruuli/Banyala are the people of Central Uganda who live generally near the Nile River-Lake Kyoga basin, living either to the west of the Nile boundary or to the south of the Lake Kyoga boundary. They live in Masindi, Nakasongola, Luwero and Kayunga Districts.

The Baruuli are a minority people group in the country, although they are the largest ethnic group represented in Nakasongola District.

Patrilineal and polygamous, with some men having up to six or seven wives. In the past, only the firstborn son could inherit land, but today daughters and younger children can inherit land also. Formerly children grew up and built their homes around the family home, but because of a different land system today, plots are quickly outgrown and children must move farther away. A child belongs to the clan of their father and the Baruuli do not marry individuals from the maternal side of the family.