Guide to Towns and Cities in Kenya 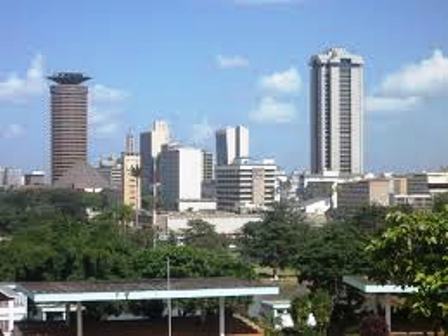 Great distances divide many Kenyan towns and cities, and a large percentage of the population still lives rurally. But any visit to Kenya isnt complete without strolling through the city of Windhoek, visiting Kenyan summer capital Turkana or straying off the beaten path to  Wajir.

In every case, Kenya's wonderful diversity is on full display, as is the British colonial influence. The result is quite different from what many would expect. They are easily some of the finest destination cities in all of Africa.

Kenya’s two largest cities have all played a vital role in the nations eventful history. Mombasa is an island city whose magnificent fort and harbour have been centre stage for hundreds of years of turbulent history. 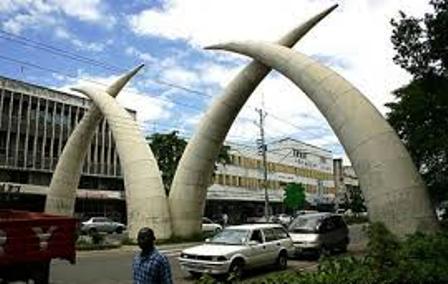 The beginning of the 20th century saw a railroad begin to wind its way from this port town inwards towards central Africa.

The railroad made it first distant outpost in a swampy highland plain that became the small town of Nairobi, now the Kenya's busy modern capital.

The rail link between the two cities forged a link of national unity and become the lifeblood of Kenya.

Together these two cities paint a vivid portrait of Kenya. They create a diverse melting pot of races and traditional and modern cultures, with a history as rich as the natural wealth of the country itself.

Situated at an elevation of about 1660 meters and with over three million inhabitants and growing speedily, Nairobi is the most populous city in East Africa; Nairobi is the fourth largest city in Africa and the UN's fourth "World Center"MORE>>

Malindi (once known as Melinde) is a town on Malindi Bay at the mouth of the Galana River, lying on the Indian Ocean coast of Kenya.It is 120 kilometres northeast of Mombasa.Tourism is the major industry in Malindi. The city is exceptionally popular among Italian tourists.Malindi is served with a domestic airport and a highway between Mombasa and Lamu.MORE>>

As a port city, Mombasa has a mixture of cultures, a large variety of ethnic backgrounds and religions can be found: Native Cultures, Asians, and Arabs who are Muslims, Christians, Hindu and Buddhists.MORE>>

Kericho is a Kenyan County located to the South West of the country and lies within the highlands west of The Great Rift Valley. The capital of the district is Kericho town. The district home to the best of Kenyan Tea which is world famous for its brightness, attractive color, brisk flavor and textures of fragrant leaves.MORE>>

The town is surrounded by hilly Kikuyu farmland although is under urbanisation as Nairobi is growing fast and more people settle in neighbouring towns. Kiambu is seen as a future anchor to the capital city Nairobi which is undergoing rapid development with limited space for growth.MORE>>

Kitale is an agricultural town in western Kenya situated between Mount Elgon and the Cherengani Hills at an elevation of around 7,000 feet (2,100 m). Its urban population was estimated at 220,000 in 2007MORE>>

Loiyangalani is a small town located on the southeastern coast of Lake Turkana in Kenya.. Loiyangalani means "a place of many trees" in the native Samburu tongue. It is home to Turkana people and was founded near a freshwater spring in the 1960s where the El Molo people live.MORE>>

Lokichogio, also Lokichoggio or Lokichokio, is a town in the Turkana District, northwest of Kenya .It is often called Loki. The town lies on the A1 road, and is served by the Lokichogio Airport.It is about 30 kilometers from the international border with South Sudan and is host to UN offices (part of the OperationMORE>>

Lodwar is the largest town in northwestern Kenya, located west of Lake Turkana on the A1 road.Its main industries are basket weaving and tourism. The Loima Hills lie to its west. Lodwar is the capital of Turkana District. The town has a population of 17,000.According to the Insider’s guide to Kenya Lodwar’s history began around 1933 when a trader named Shah Mohamed, arrived on the banks of the Turkwell River.MORE>>

Mandera is a town in North Eastern Province, Kenya. It is capital of the Mandera District. The town is located at around near the borders with Ethiopia and Somalia. It used to be one single district subdivided into the three constituencies of Mandera Central, Mandera East and Mandera west.MORE>>

Machakos is a town in Kenya, 64 kilometres southeast of Nairobi. It is the capital of the Machakos District in Eastern Province of Kenya. Machakos Town is a major rural centre, and also a satellite town due to its proximity to Nairobi.MORE>>

Maralal is a small hillside market town in northern Kenya, lying east of the Loroghi Plateau within the Samburu District. It is the administrative headquarters of the Samburu people. Nearby is the Maralal Game Sanctuary. Maralal is also home to Kenyatta House, the location where Jomo Kenyatta was detained prior to his releaseMORE>>

Marsabit is a town in northern Kenya, located 170 km east of the center of the East African Rift . It is located in the Eastern Province and is almost surrounded by the Marsabit National Park and Reserve.MORE>>

Meru is located on the northeast slopes of Mount Kenya. The Kathita River passes through the city.It is situated about five miles north of the equator, at approximately 5,000 feet altitude, in an area of mixed forest and clearings, small towns, villages, and rural farms.MORE>>

Lamu town is a small town on Lamu Island, which in turn is a part of the Lamu Archipelago in Kenya.Lamu town is a living throwback to the Swahili culture that once dominated the entire Indian Ocean coast.The winding streets, carved woods and traditional houses evoke the everyday sights and sounds of another age, and Lamu’s World Heritage listing is entirely justified.MORE>>

Gede (also known as Gedi) is a village on the Indian Ocean coast of Kenya, lying south of Malindi and north of Watamu. The Ruins of Gedi are located there. Although not thought to be mentioned in historic sources, extensive ruins of a former port have been dated to the thirteenth century or earlier, including a tomb with a date corresponding to 1399, until at lMORE>>

Hola is the capital of the Tana River District, in the Coast Province. It is a busy market town, and portal to Ijara District and Northeastern province by local canoe ferry across the Tana River. In addition to the Hola agricultural irrigation scheme, there is a District Hospital and a Kenya Prisons facility located within the town.MORE>>

it lies near Mount Homa (in the Luo language Got Uma or God Marahuma ["famous mountain"]) and Ruma National Park, the latter noted for Jackson's hartebeests and roan antelope (the government has also released reticulated giraffes into the park)MORE>>

Isiolo is a town in the Eastern Province, Kenya. It is situated in the Upper Eastern sub-region, and lies 285 kilometres north of Nairobi, the capital city of Kenya.MORE>>

Kajiado is a town in the Rift Valley Province, Kenya.The town is located south of Nairobi, along the Nairobi – Arusha highway. Kajiado has an urban population of 8128 (1999 census) . Local people are predominantly of the Maasai tribe.MORE>>

Where exactly is Baragoi Town in Kenya? We normally get people searching for information about this beautiful town in Kenya and therefore we have decided to come up with this page to guide you if you are having a vacation in Baragoi City of Kenya Africa.MORE>>

Bungoma is a town in Western Province of Kenya, bordered by Uganda in the west.Bungoma town was established as a trading centre in the early 20th century. The town is the headquarters of Kenya's Bungoma District and it hosts a municipal council.MORE>>

Busia is a town in Western Kenya. It is the largest town in Busia District, Kenya and the district headquarters are located there.The towns of Busia, Kenya' and Busia, Uganda are very busy border towns on Kenya's common border with Uganda.Busia City account for the bulk of trade and human traffic between the two East African Community countries.MORE>>

Do you want to visit Kenya Embu Town Attractions? Though Embu Town is not among the top cities in Kenya, It’s one of the top tourist destinations in Kenya. Therefore on this page we shall show you all the top places you shouldn’t miss while on your vacation in Kenya especially in this city of EmbuMORE>>

Kilifi is a town on the Kenyan coast, home to many resorts. It sits on the estuary of the Rare River in Kenya.The beach itself is known as Bofa Beach and is said to be one of the best beaches in Kenya.The town lies on the Kilifi Creek between Malindi and Mombasa. Kilifi is capital of the Kilifi District.MORE>>

Kisii town, located south-western Kenya, is the main urban and commercial centre in Gusii Highlands.A vibrant town, the Kisii municipality has a population of about 83,000, according to 2008 estimates.However, it has a large dependent metropolitan population of over 100,000 residents, as per the latest national population and housing census of 2009. Kisii town is the capital of the Kisii County.MORE>>

It is the third largest city in Kenya, the principal city of western Kenya, the immediate former capital of Nyanza Province and the headquarters of Kisumu County.It has a municipal charter but no city charter.It is the largest city in Nyanza region and second most important city after Kampala in the greater Lake Victoria basin.MORE>>

Butere is a town in the Western Province of Kenya. The town is the capital of Butere District formerly Butere/Mumias District. The name Butere comes from one of the main clans in the division the a Batere subclan who reside in areas such as Muyundi, Masaba and around the township.MORE>>

Dadaab is a semi-arid town in the North Eastern Province in Kenya. As of 2011, it hosts what is often described as the largest refugee camp in the world.MORE>>

Diani Beach is a major beach resort, lying on the Indian Ocean coast of Kenya, 30 km south of Mombasa.It is located along a beautiful white-sanded beach which is about 25 km long and it merges with the small town of Ukunda which is home to a small airstrip.MORE>>

Eldoret is a town in western Kenya and the administrative centre of Uasin Gishu District of Rift Valley Province. Lying south of the Cherangani Hills.The name "Eldoret" is based on the Maasai word "eldore" meaning "stony river" because the bed of the nearby Sosiani River is very stony.MORE>>

Few of us have ever visited Garissa Town in Kenya but to assure you this town is a must not miss while on your vacation in Kenya, on this page therefore we are herein to guide you to all the best places and tourist attractions of this town in northern Kenya.MORE>>

Kapenguria is a town lying north east of Kitale on the A1 road in Kenya. Kapenguria is capital of the West Pokot District.Kapenguria municipality has seven wards (Chemwochoi, Kaibos, Kapenguria, Keringet/Psigirio, Kisiaunet, Siyoi and Talau).All of them belong to Kapenguria Constituency, which has a total of 23 wards, the remaining 15 are located within other local authorities MORE>>

Kakuma town is located in Turkana District, in the northwestern region of Kenya. Kakuma is the Swahili word for "nowhere", epitomizing the seclusion of the area. The town has hosted the Kakuma Refugee Camp since 1992. This camp serves over 70,000 refugees who fled wars in neighboring countries.MORE>>