Are you coming to our tour destination of Mahale Mountains National Park in Tanzania? This site will give you decisive information you may want to know about this national park in Tanzania.

Mahale National Park ishome to some of the last remaining wild chimpanzees: a population of roughly 800. It is covering an area of approximately 1600 square km, the park's western boundary is the shore of Lake Tangayika. Vegetation is mainly Miombo woodland with narrow strips of reverie forest.

The area is also known as Nkungwe, after the park's largest mountain, held sacred by the local Tongwe people, and at 2,460 metres (8,069 ft) the highest of the six prominent points thatmake up the Mahale Range.

Difficult to reach and relatively expensive, Mahale has few visitors each year. And although chimpanzees are admittedly the main attraction, the park supports a diverse forest fauna, including troops of red colobus, red-tailed and blue monkeys, and a colorful array of forest birds.

You can also take a dip in the unbelievably clear waters of the world's longest, second-deepest and least-polluted freshwater lake.

Mahale National Park lies 120 km south of Kigoma on a peninsula in Lake Tangayika. Can only be reached by shared charter flight from Arusha. Combines well with a visit to Katavi National Park.

Things to Do in Mahale Mountains National Park Game:

The best time to the park is during the dry season May to October, and during the short rains of January and February. Requires 3 or 4 night visit. 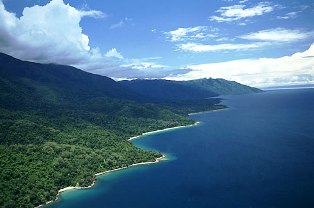