The Jamali mosque is one of Kenya's most prominent religious structures, and the most important mosque in the country.

Located in the heart of central Nairobi, Nairobi Jamia Mosque stands out amongst it's bland neighbouring buildings, with turrets and features glimpsed from nearby streets.

It's worth a look if you are in the area, just as something different to see.

I had several locals asking me if I wanted to know more about the Islamic faith when I stopped to snap a few pics, so expect to be converted as you walk past!

It's in town but hard to find, but locals are quite happy to assist you if you're lost.

It's also quite small so if you want to go for Jummah then you should try go a little early as it gets packed quickly. 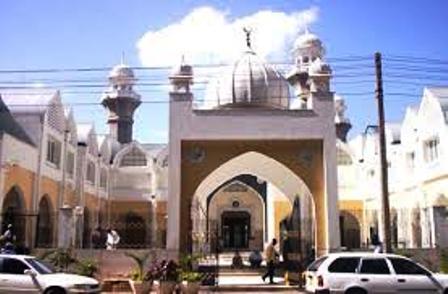 It is located in between Banda Street and Kigali Street, Nairobi, Kenya in the heart of the Central Business District. It is the largest mosque in the country and reputably a major and important center of Islamic practice in the East and Central African region.

The mosque plays a central role to Nairobi’s large Muslim population and is the location of choice for most Muslims for the Friday prayers hence its name which refers to the “Friday congregation”.

The mosque institution was found in 1902 with the original structure which is an iconic, historical and architectural masterpiece being constructed from 1925-1933 through the efforts of the immigrant Asian community and the local Muslim population. The mosque was later extended into a modern wing in 1998 thus resulting in the current Jamia Mosque Complex. 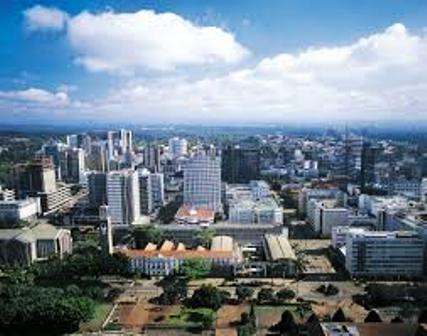 The section of the old mosque is built in typical Islamic architectural style and retains a classic design with extensive use of marble and inscriptions from the Qur’an.

It is recognizable by its 3 silver domes, and four minarets signifying a symbolic presence of Islam within the Central Business District and the Capital City.

Jamia Mosque subscribes to the Sunni creed of “AhleSunnahWalJamaah” as espoused in the Qur’an and the authentic Sunnah of the Prophet (PBUH).

The core business of Jamia Mosque is facilitation of the Swalah (the five daily prayers) to the Muslim community.

Jamia Mosque also provides spiritual guidance, direction to Muslims on pertinent national matters as well as social welfare support towards the general well-being of the Muslim community and the general population. This is achieved through structured Friday sermons to the congregation as well as tailor-made intervention programmes. 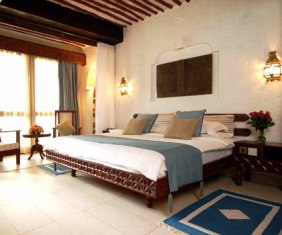