The Lewa Marathon festival is an annual fund raising event held at Lewa Downs, about 140 miles north of Nairobi, Kenya.

The 26.2 mile endurance race is sponsored by Safaricom in partnership with the Lewa Wildlife Conservancy in order to raise funds for numerous community development and wildlife conservation efforts.

Most well known for its unique setting Runner's World Magazine included the Lewa Marathon as being, 'One of the top ten races to run in your life'. 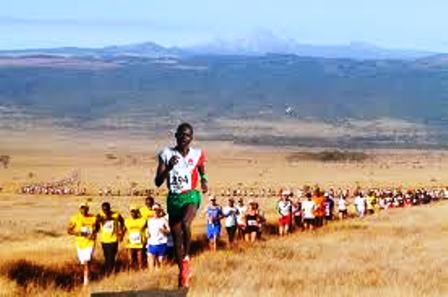 One of the more notable characteristics of the Lewa Marathon is the setting in which it takes place.

The race takes place on the Lewa wildlife conservancy, a game park that is home a variety of large African wildlife to include lions, elephants, rhinoceros, and the greatly feared cape buffalo.

There are no physical barriers separating the runners from the wildlife, making Lewa a unique experience in the running world.

The course consists of two 13.1 mile loops that are ran on a dirt road that ordinarily serves as a four-wheel drive trail for safari vehicles.

The average elevation of the course is 5,500 feet above sea level. Located within one hundred miles of the equator, the sun can bring afternoon temperature as high as 90 degrees Fahrenheit all year round.

The elevation, when combined with the equatorial sun have proven to test even the most seasoned marathon runners. 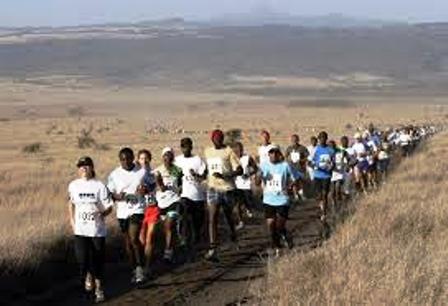 Running a marathon race on an African wildlife preserve does present some unique security risks.

The Lewa Conservancy is host to several large African predators that include lions, leopards, hyenas, wild dogs, and cheetahs.

Security patrols of experienced, armed rangers from the Kenyan Wildlife Service guard the course to ensure the safety of the runners.

In support of ground efforts, two helicopters and one spotter plane keep an eye out for any possible threats.

Since the first event was held in 2000, the Lewa Marathon has become widely known for its difficult terrain and harsh climate, drawing competitors and spectators from all over the world. 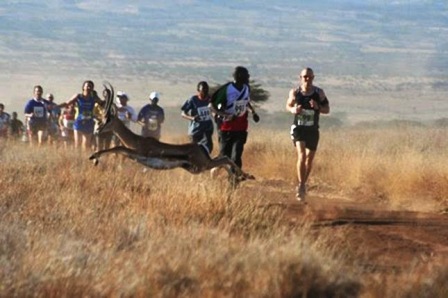 The impact of the Lewa Marathon on the local Kenyan community has become stronger each year.

The 2009 event raised approximately $500,000 U.S. dollars that have been distributed to various charitable organizations in support of education, health, community development, and wildlife conservation throughout Kenya.

In 2007,over $60,000 USD were provided to a local school in order to build and furnish two new classrooms, a library, and a gate for the school compound.

Over $30,000 was used to buy medical supplies and equipment such as digital blood pressure machines, stretchers, and beds for local hospitals.

Every year funds from the marathon are allocated to the Nanyuki Cottage Hospital specifically to provide care for animal injury victims.

While the Lewa Marathon festival gives generously to the surrounding communities of Northern Kenya, its main purpose is to support wildlife conservation.

Funds raised from the marathon help support a staff of over 140 armed rangers that protect the animal residents of the Lewa Conservancy.

Lewa is the home of over 80 black and white rhinoceros, both of which are endangered. The preserve also boasts a large population of endangered Grevy's zebra. 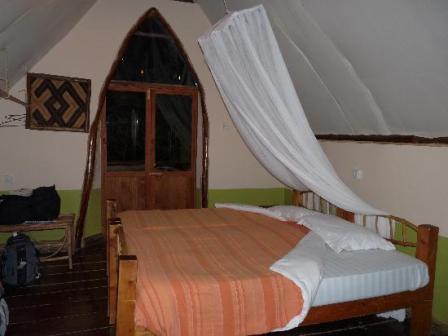 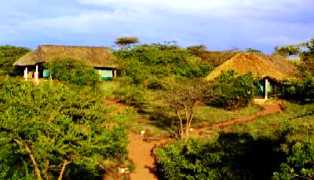