The construction of the present Museum Hill site began in 1929 after the government set aside the land for it.

The Museum was officially opened on September 22, 1930, and named Coryndon Museum, in honour of Sir Robert Coryndon, one time governor of Kenya and a staunch supporter of the Uganda Natural History Society.

With the opening of the museum, the society moved its extensive library into the Museum complex. 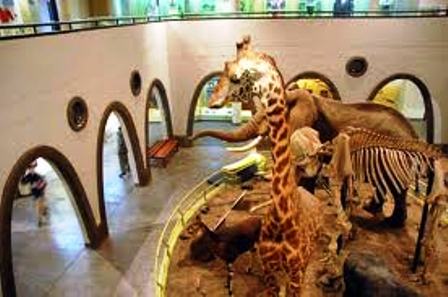 Part of this collection made the foundation collection for what is now the Herbarium. In the early forties and fifties, the late Dr. Louis Leakey made a public appeal for funds to enlarge the Museum's galleries.

The result was the construction of all the present galleries to the right of the main entrance.

These were named in honour of the Nairobi community members who made their contributions for the construction.

Today, one finds the Mahatma Gandhi Hall, the Aga Khan and the Churchill Gallery among others.

In the early sixties the Nairobi Snake Park was built with the aim to educate the public about snakes and the common reptiles of Kenya. The Snake Park continues to be a big attraction in the Museum. 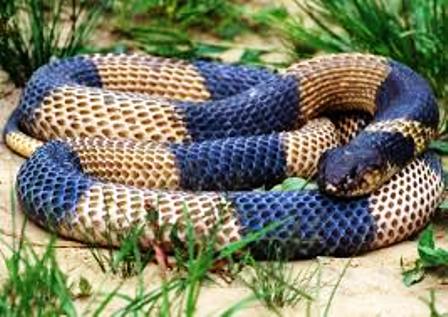 In 1964, the Coryndon Museum changed its name to the National Museums of Kenya.

Beginning from 1969, the Museum expanded its services and assets beyond Nairobi, and established museums in Kitale, Meru, Kisumu, Lamu and Fort Jesus in Mombasa. In addition, the Institute of Primate Research is also closely associated with the Museum.

Each of these regional museums has its own identity and develops its own programmes, and are run under the office of the Director for Regional Museums, Sites & Monuments.

In the post 1969 period, the Museums have grown and diversified. The Leakey Memorial building was opened in 1976 and houses the administration, archeology and palaeontology departments. 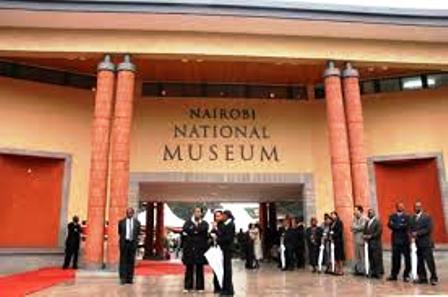 The building also houses an auditorium with a sitting capacity of roughly 300 people which serves to hold different Museum functions. Also during this period, research and development programmes were developed and initiated.

These included cooperation with the University of Nairobi and the Institute of African Studies, specialising in ethnography and cultural anthropology.

The Education department initiated programmes for the thousands of school children who visit the Museums every year.

The Casting Department sells casts of important fossil discoveries to Museums worldwide, both for study and for exhibition.