You are Here: Home › Kenya Attractions › Gedi Ruins in Kenya

Gedi is one of Kenya's great unknown treasures, a wonderful lost city lying in the depths of the great Arabuko Sokoke forest.

The Ruins of Gedi are the remains of a Swahili town located in Gedi, a village near the coastal town of Malindi in Kenya. From the 13th or 14th to 17th centuries, Gedi was a thriving community along the jungle coast of East Africa.

It is also a place of great mystery, an archaeological puzzle that continues to engender debate among historians. To this day, despite extensive research and exploration, nobody is really sure what happened to the town of Gedi and its peoples.

More about Gedi Ruins in Kenya 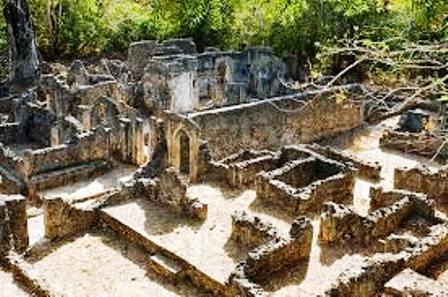 This once great civilization was a powerful and complex Swahili settlement with a population of over 2500, built during the 13th century. The ruins of Gedi include many houses, mansions, mosques and elaborate tombs and cemeteries.

Despite the size and complexity of this large (at least 45 acre) settlement, it is never mentioned in any historic writings or local recorded history.

The nearby Portuguese settlement at Malindi seems to have had no contact with, or even known of the existence of Gedi. 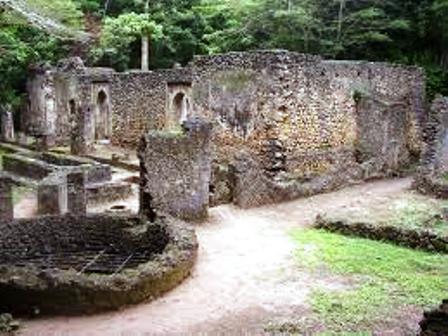 The town has all the appearances of a trading outpost, yet its position, deep in a forest and away from the sea makes it an unlikely trading centre. What was Gedi trading, and with whom?

But the greatest of all of Gedi's mysteries was its sudden and inexplicable desertion in the 17th century.

The entire town was suddenly abandoned by all of its residents, leaving it to ruination in the forest. There are no signs of battle, plague, disturbance or any cause for this sudden desertion.

One current theory is that the town was threatened by the approach of the Galla, an inland tribe known to be outwardly hostile at that time, and that the towns people fled ahead of their arrival. 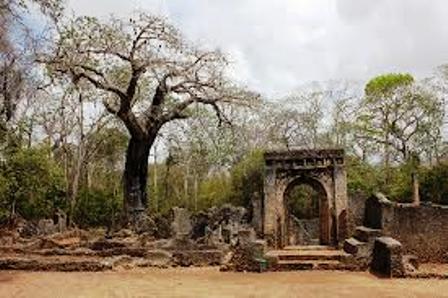 Yet once again, local recorded history fails to mention any such large scale evacuation at this time. No written account of either the rise or sudden fall of Gedi was ever made.

The ghostly ruins of Gedi lay within the forest that has overgrown and consumed the town.

They had become a part of local folklore, regarded as a sinister lair of malevolent spirits, until archaeologists began to uncover the site in the 20th century. It was gazetted in 1948. 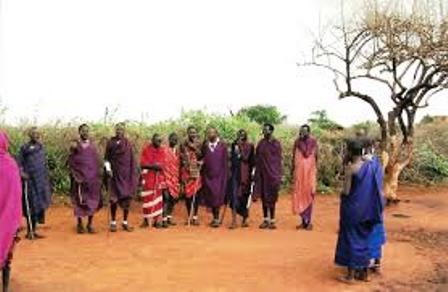 Today there is an excellent museum and well trained guides on hand to take visitors through the ruins. Gedi remains a mysterious and atmospheric place to visit.The pillars and stone walls, ruined mosques and tombs now lie among stands of trees.

The stone floors are thick with leaves, and giant shrews scuttle through the deserted houses while birds and butterflies drift through the air.

Wandering through Gedi is an ideal way to spend a morning or afternoon, lost among the secrets of the past.

Some Places of Tourism Attractions 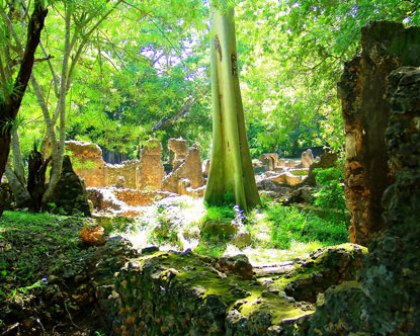