"Formerly known as Bamburi Nature Trail until 1999, Haller Park is a unique ecological restored quarry situated on the North Coast of Mombasa along the Mombasa North Coast road

It is a former disused quarry that has been reborn as a small private game sanctuary. A major initiative has been made to "green" the quarry, and these efforts have literally blossomed into an area of lush beauty.

Haller Park in Kenya, widely known as Bamburi Nature Trail Hill in Kenya, is a sanctuary for lost and orphaned wildlife located in Mombasa town in Kenya.

Haller Park in Mombasa part of Kenya was named in honor of Dr. Rene Haller in recognition for the efforts he contributed in conjunction with Bamburi Portland Cement Company in Kenya, in transforming the abandoned quarry to a breath taking ecological paradise.

The Haller Park in Kenya is located South of the Bamburi Cement Plant in Kenya found along the Mombasa- Malindi highway in Kenya. Haller Park in Mombasa part of Kenya is a haven for spending the day or afternoon relaxing in the peaceful surroundings. 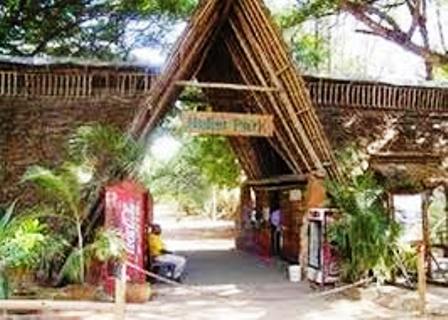 Haller Park (Lafarge Ecosystems) is a former disused quarry that has been reborn as a small private game sanctuary.

A major initiative has been made to "green" the quarry, and these efforts have literally blossomed into an area of lush beauty.

The onetime quarry is now a thriving game sanctuary, fully stocked with game including Giraffe, Eland, Hippo, Oryx and more.

The rising waters influenced the habitat of a family of hippos living near the river mouth, and the massive mammals were washed out to sea.

The adult animals all managed to swim back to their home territory, but a small calf- less than a year old- was left behind in the open ocean.

He was eventually rescued by Kenya Wildlife Service rangers, who wrapped him in a fishing net and put him in a truck to be taken to Haller Park just outside Mombasa.

The hippo, who was soon christened Owen (after one of his rescuers) was let loose in an enclosure with two giant tortoises and some bushbucks. In a remarkable turn of events, he was later adopted by Mzee, one of the giant tortoises.

At first the giant tortoise, who at 120 years of age has the well deserved name of Mzee (old man), hissed aggressively at the frightened hippo, but within a few days the tortoise was eating and sleeping with the hippo and acting like the calf's mother, even though Mzee is a male tortoise. Owen, meanwhile, treated the old tortoise like a parent, licking his face and following him everywhere.

This odd couple can be visited at Haller Park, as their remarkable relationship continues.

There are many walking trails, making this a pleasant place to spend a morning or afternoon away from the beaches.

Wildlife and vegetation available within Haller Park in Mombasa 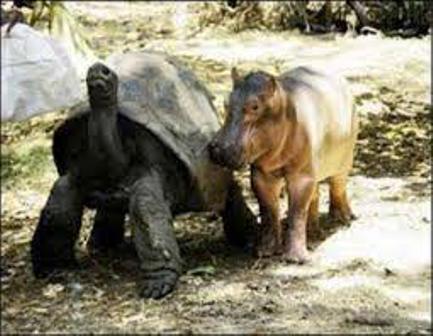 Haller Park in Mombasa part of Kenya has been open to the public for the past 21 years.

Haller Park in Kenya covers an extensive 75 hectares of land to the South and 11 square kilometers to the North of the Bamburi Plant in Mombasa.

Haller Park in Mombasa has a large variety of wildlife and vegetation for tourists in Kenya to view.

Those animals found in Haller Park in Kenya that are rarely seen because of shyness to humans or are only active at night include the Bush buck, the Suni, Duiker, Marsh mangrove and the Serval cat.

The Aldobra tortoise in Haller Park in Kenya is an absolute favorite as its age is completely astonishing being a little over a hundred years, and it can live up to 200 years.

Other fascinations in the Haller Park in Kenya are the crocodiles in Mombasa that are in very large numbers.

Vegetations viewed in Haller Park in Coastal Region of Kenya include the Casuarina tree that is indigenous and has needle like leaves due to adaptation to the saline and dry environment of Mombasa, the Conocarpus vegetation in Haller Park that was introduced from Somali, Algaroba that was introduced from south Africa, the neem and the fig tree that are known for their numerous healing properties.

Activities and services offered within Haller Park in Kenya 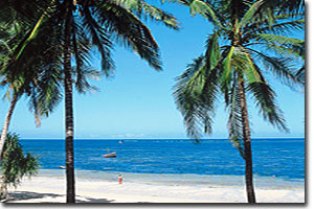 Night walks in Haller Park in Mombasa in Kenya are allowed at certain days in the week where one gets to experience an intense sensations and opportunity of seeing bush babies, owls, fire flies and genets.

Feeding of the giraffes in Haller Park in Kenya is also allowed after 3 pm.

The services offered in Haller Park for visitors in Kenya include conference services in Mombasa- as the Haller Park in Kenya boasts of an Park auditorium in Kenya with a seating capacity of 100 people; this makes Haller Park in Mombasa ideal for weddings in Kenya, company parties, family outings and social gatherings at a fee. 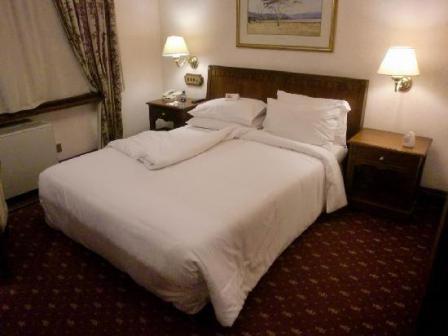