You are Here: Home › Kenya Attractions › Swahili Coast of Tanzania

The Swahili Coast refers to a coastal area in Southeast Africa inhabited by the Swahili people. It mainly consists of littoral Kenya, Tanzania and northern Mozambique

For centuries the Swahili Coast of Tanzania has watched as the winds blow traders, warriors, conquerors, slaves, refugees, explorers and now tourists past her shores. Palacial remnants of Persian and Omani kingdoms still remain. 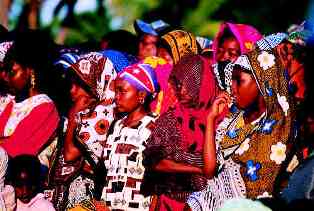 Ancient mosques dating beyond the 12th century can testify to the far reaching roots of Islam.

Marine parks offer some of the best diving in the world and the deep channels offer unparalleled deep sea fishing.

Yet despite the mulititude of attractions, the Swahili Coast remains one of the least visited areas of Tanzania.

The proposed upgrading of Saadani National Park in 2003 from game reserve to Tanzania’s latest national park is a breath of fresh air for a long neglected sleeping beauty.

As Tanzania’s only coastal wildlife reserve this is a unique natural environment offering the option of game viewing and beach all in one destination. 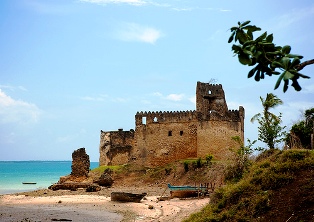