Tanzania Beaches are the best sun kissed Africa beaches you shouldn't miss while on your holiday in Africa.

Here is the list of all the best beaches in Tanzania. If you're looking for a sun-kissed Africa Tanzania beaches holiday beneath a cloudless sky, then head to the Tanzania East Africa.

The beaches of Zanzibar are its biggest tourist draw. With numerous beach hotels and resorts to choose from, you can unwind from that stressful safari ..

All of these beaches have accommodations that should suit all budgets. For those looking for more up market fare, Mnemba Island is gorgeous.

What to Wear at Tanzania Beaches

Since Zanzibar is a fairly conservative Muslim island, many people wonder what's appropriate to wear.

On the beach, normal swimwear is perfectly acceptable and you'll be able to buy some nice sarongs while you're there.

But when traveling around, visiting Stone Town or any of the Spice plantations, you should wear loose, comfortable clothes.

Women should wear a skirt below the knee or loose trousers and a t-shirt (with sleeves, not a tank-top). Men should wear shirts with shorts or long trousers. Since the weather is hot all year round, sunscreen and sunglasses should be part of any outfit.

•Tanzania Beaches Dar es Salaam: About 20 to 25km (12-15 miles) north of the city, there are good beaches at Kunduchi and Mbezi, which are both accessed off the road to Bagamoyo.

Here there are a string of resorts that offer day access to visitors to the beach; some offer diving or windsurfing, as well as entertainment on the weekends.

•Tanzania Beaches in Zanzibar: Well known as a tropical vacation island, Zanzibar has the best beaches in Tanzania with wide swathes of white sand lined with coconut palms, plenty of sunshine, and clear sea.

Offshore dhows drift by, and the coal reefs are good for scuba diving. The island's north coast beaches are dotted with pockets of guesthouses, particularly around Kendwa and the fishing village of Nungwi, both Zanzibar's most popular resorts for the younger crowd. The sea is good for diving and snorkeling, and the reefs are home to a number of species of turtle.

The large resorts along the east coast beaches offer wide expanses of palm-fringed sand, but the sea is generally fairly shallow and gently shelving, so when the tide is out, it's a long walk to the sea.

Changu Island is the most popular as it's only a short boat ride away from Stone Town; there's a pleasant crescent-shaped beach and a cafe, and visitors can see giant tortoises.

Other islands include Chumbe, which is home to an award-winning eco-lodge and an excellent reef for snorkeling. Mnemba Island can only be visited if you are staying at its one luxury lodge, which is very popular with honeymooners for its isolation, stunning beach, and coral reef that surrounds the whole island.

•Tanzania Beaches Pemba: The island of Pemba receives hardly any visitors compared to Zanzibar and has just a couple of luxury lodges. While much of the coast is fringed by mangrove forests, there are a couple of beautiful and isolated stretches of beach backed by tropical forest, and surrounding the island dozens of tiny isles dot the bright turquoise ocean.

With temperate waters and good visibility, Pemba's diving is some of the best in the Indian Ocean, and the deep waters of the Pemba Channel create dramatic drop-offs and reef walls that are home to a diverse range of marine life including barracuda, tuna, shark, and even whales.

The best time to visit Tanzania: weather and climate

Here is a broad guide to the climate of Tanzania – although remember that this comes from records and experience, not from a crystal ball.

Just south of the equator, Tanzania is huge and its sheer size means that the climate varies considerably within it. However, generally the main rainy season, or the 'long rains', lasts during about March, April and May.

Afternoon tropical downpours are the norm – which are heavier and more predictable beside the coast and on the islands. The humidity is high and daily temperatures reach the low-mid 30°s.

The long dry season lasts throughout June, July, August, September and October is when rainfall is unusual, even on the islands.

Temperatures vary hugely with altitude and location, but it's usually a fine, clear sky and sunny weather – it's a great time to visit Tanzania.

During November and December there's another rainy season: the 'short rains'. These are much lighter than the main rains and less reliable. 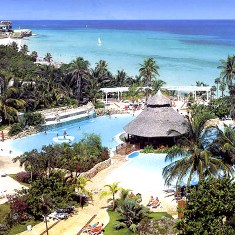