For the best beach holiday in Tanzania, Mafia island beaches are the best. Mafia Island ("Chole Shamba") is part of the Tanzanian Spice Islands, together with Unguja and Pemba.

The Mafia archipelago consists of one large island (394 km²) and numerous smaller ones. Some of these are inhabited, such as Chole Island.

Mafia Island is a wonderful little island at the centre of the largest marine park in East Africa.

The park is located between the Rufiji River delta to the west and the open Indian Ocean to the east.

The dual influences of the river and the sea have combined to create a rich and exceptional biodiversity with unique landscapes under the sea and on dry land.

It is a real sleepy backwater, a remnant of the old swahili coast and a the place to visit now if you want to see how Zanzibar was thirty years ago.

Today Mafia Island is known as a beautiful Indian Ocean tropical resort that is famous for deep sea fishing and scuba diving.

Aquatic life is abundant and the coral gardens are pristine due to the protection of the Mafia Island Marine Park. 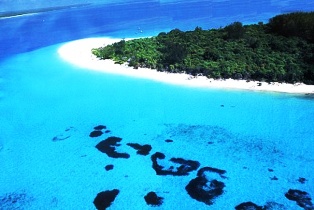