You are Here: Home › Kenya Attractions › Saadani beaches in Tanzania

At Saadani beaches in Tanzania, is where the beach meets the bush.

The only wildlife sanctuary in East Africa to boast an Indian Ocean beachfront, it possesses all the attributes that make Tanzania’s tropical coastline and islands so popular with European sun-worshippers.

Yet it is also the one place where those idle hours of sunbathing might be interrupted by an elephant strolling past, or a lion coming to drink at the nearby waterhole!

Herds of up to 30 elephants are encountered with increasing frequency, and several lion prides are resident, together with leopard, spotted hyena and black-backed jackal.

Boat trips on the mangrove-lined Wami River come with a high chance of sighting hippos, crocodiles and a selection of marine and riverine birds, including the mangrove kingfisher and lesser flamingo, while the beaches form one of the last major green turtle breeding sites on mainland Tanzania. 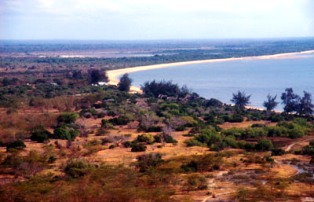