Marakwet people and their Culture in Kenya

You are Here: Home › Kenya Culture › Marakwet People of Kenya

Who are the Marakwet People in Kenya? Marakwet is a corruption of Markweta.

It is a tribe of the Kalenjin people, with an estimated population of 200 000.

It is made of the clans Almoo, Cherangany (Sengwer or Kimaala), Endoow, Markweta (the dialect giving rise to the common name), Sombirir (Borokot) and Kiptaani who presently predominantly live in Marakwet District in the North Rift Valley Province of Kenya.

Some now live in Trans Nzoia East and Uasin Gishu North districts and indeed in other towns in Kenya.

A few more have moved to live in as far away places asAustralia, Southern Africa, and even Tennessee/Washington / New York in the USA.

Some of the greatest long distance and especially steeplechase runners in the world have come from amongst these people.

They lead a simple rural life characterised by mixed small scale farming and keeping of dairy cows, sheep, and chicken. They grow mostly maize, potatoes, beans and vegetables in the highlands. 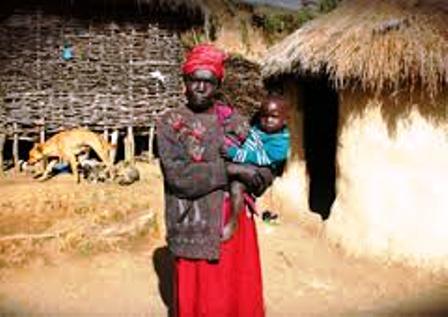 Marakwet people and their Culture in Kenya

Those who live along the escarpment and the Kerio Valley keep mostly goats and beef zebu cows and grow millet, sorghum, cassava, vegetables and fruits mostly mangoes and oranges.

There is a sophisticated pre-historic irrigation furrow system that supports this crop cultivation along the Kerio Valley that is thought to be over 500 years old.

The Marakwet were formed in groups/sections/clans characterised by their recognition of no authority higher than the asiswo (the assembly of all adult males of the section). They forged a form of association through their common residence along the Kerio Valley and the slopes of the Cherangani Hills.

The traditional Marakwet religion consisted of multiple deities with hierarchical ranking. The most important deity was Assis (the sun), sometimes fondly referred to as Chebetip chemataw. 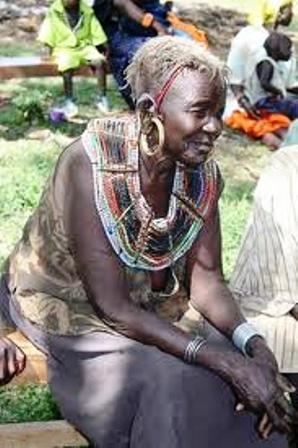 He is mostly associated with blessings and good will. Another deity is Ilat (god of thunder). He is associated with rain and in dry seasons sacrifices were made to appease him.

He is also associated with fury and vengeance whereby he causes droughts or strikes people with lightning if he is angered.

The territory occupied by the Marakwet is one of the most beautiful and picturesque parts of Kenya, bounded to the east by the Kerio River at 1000 m above sea level, which runs through a small branch of the Great Rift Valley.

To the west it includes almost the entire Cherang’any hills which rise to 3 300 m above sea level west of the Marakwet escarpment.

The Marakwet and Pokot tribes are both sub-groups of the larger Kalenjin. The war started as a result of Livestock theft, and has since then gone through war and peace.war has been raging between some Marakwet clans e.g. Kapkau and Karel from the valley because of land dispute and this has resulted in loss of lives (11 people were killed in Kapkau).

There was demonstration by people of Sambirir location over alleged killing of people and they requested the government to carry operation in the lower part to remove all guns but nothing has been done.

The DC promised to act in order to make Marakwet a peaceful place.

There as been immense achievements in terms of peace promotion among the Marakwets and the Pokots the war ended in the 2000 which was marked by killing of 47 people in Murkutwa Marakwet 26 km to the East of Chesoi.