Tanzania Cultural Gift Giving is normal but this doesn't mean that Tanzanian traditional culture means begging as most westerners call it.

On this page , allow me do show you what gift giving means in Tanzanian Culture

• Gifts are nice gestures and are appreciated but are not expected.

• A gift does not have to be something that cost a lot of money. Bringing something small from your country such as candy, a calendar, postcards, etc, is appropriate.

• Depending on the culture and tribe that you are with, you may find that community members ask you to bring back gifts when you go away, or ask you for gifts upon your arrival.

This is actually common for some tribes of Tanzania to ask each other, so do not think that it is only because you are a foreigner.

• In some Tanzanian cultures, “Bring me a gift” is practically synonymous with “have a nice trip”. It doesn't mean that a gift is necessary, it is more a figure of speech.

But if you are returning from a long trip and are on a bus in , you can often buy something simple like pineapples or other fruit out of the bus window to give your neighbors and friends.

• Often any wrapped gifts will be put aside in public and only opened later in private. 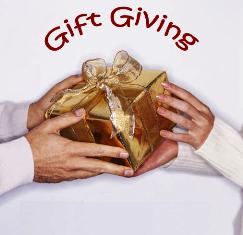