Are you aware of Tanzania Gender Issues and Inequalities of Tanzania peoples traditional behaviour? This page is here to give you all the gender issues concerning men and women in Tanzania.

• Tanzania is going through a transition when it comes to gender roles; however, it is still a male dominant society.

• In rural areas women will most likely be housewives. They will be expected to cook, clean, do they laundry and take care of the children, as well as work their land.

• In urban settings it is more likely to find women who work and have a career.

• For women smoking in public is usually unacceptable. Women who smoke, drink at bars, and/or dress provocatively are often seen as prostitutes. This is more so in rural areas vs. urban ones.

• Foreign women are generally not held to the same standard as local women, but may be looked down upon if they engage in certain taboo behaiviors.

• Foreign women, especially in urban areas, can be expected to dress slightly less conservatively and it is acceptable. (In a small town – though not a village - you could wear jeans whereas most local women will not, for example.)

• NOTE: that it is NEVER okay to wear shorts that are above the knee. Tanzanians are very polite and will not tell you that it is a problem. Furthermore, you may see other tourists wearing shorts. However, do not be deceived – everybody is watching you in a mixture of amusement and horror.

• If you are in rural Zanzibar or anywhere on Pemba , wearing a headscarf is not necessary (although all local women will be wearing them) but you will probably find that locals are much more friendly and appreciative of your visit if you do wear even just a lightly wrapped hair covering.

• Women tend to be be more demure about sex – declining at first but then agreeing only after some convincing. So if you decline to have sex with a man, do not be surprised if he continues to try to change your mind. Be polite, be firm, and he will get the message eventually. 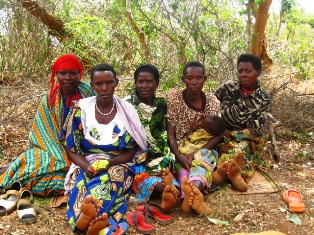