There is a way Tanzania Cultural Music shapes the Tanzania people and their Culture in Africa. This page will guide you about Tanzania Music and Music festival in Tanzania Traditions.

. It is an extremely lively art form springing from a classical culture, still immensely popular with women, drawing all the time from old and new sources.

Taarab forms a major part of the social life of the Swahili people along the coastal areas; especially Zanzibar, Tanga and even further in Mombasa and Malindi along the Kenya coast. Wherever the Swahili speaking people travelled, Tarabu culture moved with them.

It has penetrated to as far as Uganda, Rwanda and Burundi in the interior of East Africa where taarab groups compete in popularity with other western-music inspired groups.

These days a taarab revolution is taking place and much heated debate continues about the music which has been changed drastically by the East African Melody phenomenon.

Melody, as they are affectionately known by their mostly women fans, play modern taarab, which, for the first time, is 'taarab to dance to' and features direct lyrics, by- passing the unwritten laws of lyrical subtlety of the older groups such as Egyptian Musical Club and Al-Wattan Musical Club where meaning to their songs was only alluded to, and never directly inferred.

Today, taarab songs are explicit - sometimes even graphic - in sexual connotation, and much of the music of groups like Melody and Muungano is composed and played on keyboards, increasing portability, hence the group is much smaller in number than 'real taarab' orchestras and therefore more readily available to tour and play shows throughout the region and beyond.

Mbaraka Mwinshehe was the most popular and original musician of Tanzania, also there is a greater influx of musicians from the Democratic Republic of Congo (formerly Zaire), who were entering the country as refugees and made residence in the country.

But in recent years, mainly from the mid-nineties, new generation of musicians has emerged and are coming up with popular tunes which are Tanzanian in composition. Bands like Twanga Pepeta have managed to carve a new tune distinct from imported Zairean tunes, and are competing with Zairean bands in popularity and audience acceptance.

The Tanzanian artistes have devised a new style going by the name of "Bongo Flava", which is a blend of all sorts of melodies, beats, rhythms and sounds. The trend among the Tanzanian music consumers has started changing towards favouring products from their local artists who sing in Swahili, the national language.

The mushrooming of FM music stations and reasonable production studios has been a major boost to the music industry in the country. Contemporary artists like Juma Nature, Lady Jaydee, Mr. Nice, Mr. II, Sammy & The Passions, Cool James, Dully Sykes, Professor Jay and many others command a huge audience of followers in the country and neighbouring countries.

More information about Tanzanian music and events can be found on the various web portals that have sprung up recently. Tanzania has an enormously high growth rate for internet technologies, estimated at up to 500% per year.

Because costs for computers are still quite high, many users share connections at internet cafes or at work. naomba.com business directory, Movie and Sports information, Arusha locality information all are part of an increasing number of websites dedicated to the region. 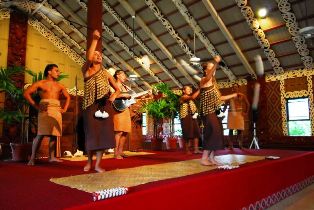