Lango people and their Culture in Uganda

Who are the Lango People in Uganda? The Lango are one of the largest of the non-Bantu ethnic groups in Uganda. They are often classified together with their western neighbors, the Acholi, although they have long regarded themselves as being distinct from them.

In the past, the Lango were generally regarded as the residents of a rural hinterland and as people whose activities had little effect on the nation as a whole, but, since Uganda’s independence, the Lango have become integrated into national political life.

The Lango sub-region includes the districts of Amolatar, Alebtong, Apac, Dokolo, Kole, Lira, Oyam, and Otuke. The population is about 1.5 million people according to the 2002 population census.

The term "Langi" is not the plural of Lango, but is used by Lango and non-Lango. Lango leaders (scholars and Lango Cultural Foundation) have not questioned and/or challenged the use of "Langi" as plural of Lango. 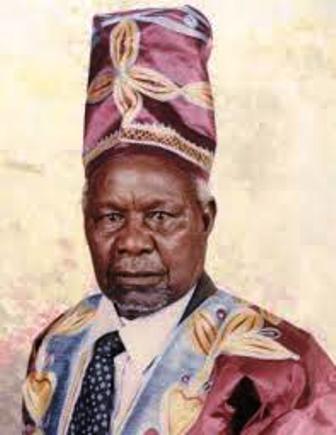 The traditional leader of the langi

The term "Langi" is recent (Tosh, 1978), and not found in earlier written records of the Lango people (Hutchinson, 1902; Driberg, 1923; Kihangire, 1957). Kihangire (1957) in “The marriage customs of the Lango tribe (Uganda) in relation to canon Law”, interviewed Lango elders for his dissertation, and "Langi" is not mentioned in the text, but Lango or Lango people.

In addition, anthropologists and explorers who traveled the Lango country (Uganda) used "Lango nation", "Lango country", and "Lango people" to refer to Lango of Uganda.

The history of Lango is complex, and by using "Langi", you are limiting "Lango race" to an ethnic group. Odwe (2011) states “Lango people exist under many categories of ethnic names of identity.

There was at least a root name or the etymology that eventually recognizes that all these varying ethnic groups are of Lango origin…” He adds “when the British colonialists arrived in 1862, it was only Lango of Uganda and a smaller group in Agoro of Southern Sudan who retain the name Lango as their ethnic name.” 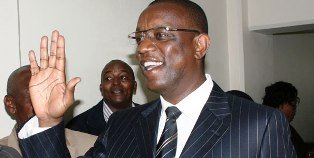 Lango speak "Leb-Lango" a Western Nilotic (Luo) language, closely related to Acholi andAlur and Jopadhola. Lango identify with the Luo-speaking people, refuting the theory that they are Ateker even though they share some clan names with them.

One possible explanation for this is that the Ateker clans were overpowered by or sought protection from Lango warriors and were assimilated. 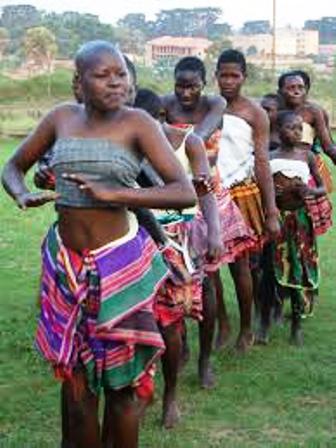 Many scholars and anthropologists agree that Lango traveled southeasterly direction from the Shilluk area, and settled somewhere in the east (Otuke Hills) where Lango met the Ateker speaking group and Luo before moving to their present home.

According to Driberg (1923), Lango reached the Otuke Hills in eastern Uganda after traveling South-easterly from the Shilluk area. The movement fits the Luo mythology "Lwanda Magara" where Luo and Lango were neighbors somewhere in the east (Otuke Hills).

According to the Luo mythology, there were several wars and raids between the two groups, but also marriages. The Luo warrior "Lwanda Magara" himself married many Lango women. When Lango arrived at their present home, they were already speaking a language close to other Luo languages.

The south-easterly movement of Lango from Ethiopia to their present home also fits the Shilluk mythology where Nyakango and his followers traveled up north after Nyikango separated from Dimo, and the other Luo peoples in wic pac, somewhere in Bahr el Ghazal. The oral history of Lango origin points to east "Got Otuke" (Otuke Hills).

Another written record about the origin and movements of Lango. Hutchinson (1902) states “One of the chief nations of the late kingdom of Unyoro are the Lango (Lango, Longo) people, who although often grouped with the Nilotic Negroes, are really of the Galla stock and speech.

They form, in fact, an important link in the chain of Hamitic peoples who extend from Galla-land through Unyoro and Uganda southwards to Lake Tanganyika.

Their territory which occupies both banks of the Somerset or Victoria Nile between Foweira and Magungo, extends eastwards beyond Unyoro proper to the valley of the Chol, one of the chief upper branches of the Sobat.

They still preserved their mother tongue amid Bantu and Negroid populations, and are distinguished by their independent spirit, living in small groups, and recognising no tribal chief, except those chosen to defend the common interest in the time of war” (p. 360). Hutchinson (1902) adds “The Lango are specially noted for the care bestowed on their elaborate and highly fantastic head-dress.

The prevailing fashion may be described as a kind of a helmet. ..Lango women, who amongst the finest and most symmetrical of the Equatorial lake regions, wear little clothing or embellishments beyond west-bands, necklaces, armlets, and anklets” (p. 360). 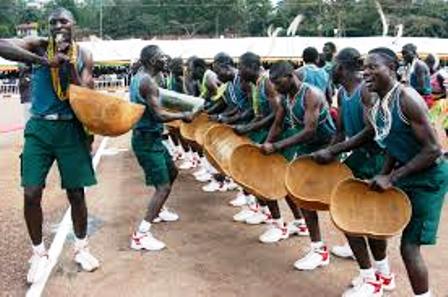 Driberg (1923) described the Lango as superior, sensible, highly moral, with a distaste for witchcraft, brave and venturesome warriors, hardworking people, individualistic, independent and impatient of control (pg. 69). He experienced the latter as a colonial administrator in Lango.

He described Lango as "long-limbed, orthognathous and dark skinned. They have narrow jaw as a rule, and their lips are much thinner and their nose better formed than is usual among the negro tribes. They are thin without the lanky appearance which characterizes the Acholi and Dinka and muscular without any disproportionate development.

In contrast with the practice of Bantu tribes, the men do all the hard work of cultivation, and this together with the pursuit of hunting and fighting has resulted in a fine appearance of physical capacity, which is not belied by their powers of endurance and sustained exercise.

One of the remarkable results of their energetic life is the excessive development of the iliac line...The Lango may with justice be called a handsome race, both men and women, though very degraded-looking specimens are occasionally to be found with more negroid features...It has been observed that they are dark-skinned, but reference should be made to the fact that there live at Apach for some obscure reason a number of much lighter-skinned Lango, and elsewhere the light-skinned type may occasionally be seen" (pg. 50). 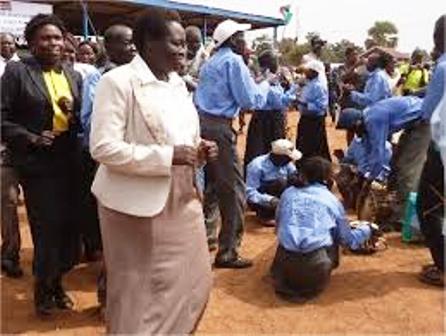 Driberg (1923) states "Lango is cheerful and good-natured, without the exuberant camaraderie of the Acholi; polite and hospitable to strangers, fond of the society of his fellows...sense of humor and a pleasant wit in repartee.

As warriors they are brave and venturesome, pitiless in the heat of the conflict, but unaccustomed to the wanton mutilation of either living or dead. Honest in their relations with each other...petty thefts uncommon. But the most...feature of their mentality is their emphatic independence and impatience of control, associated with a strong conservation..."

Similarities between Lango and Shilluk 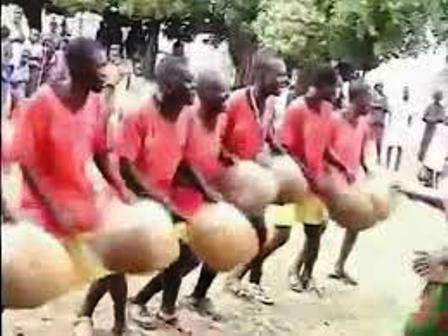 2) The Shilluk military commander emerges by virtues of military powers and valour but has no administrative functions or authority just like Lango military.

3) The Lango paramount chief has under his authority clan chiefs, similar to Shilluk political organization.

4) The Shilluk and Lango are monolithic and believe in the Supreme Being (Jwok) Shilluk and (Jok) Lango who lives in the sky where people do no evil. Lango marriage, birth, naming, initiation to adulthood, death and religion/beliefs are similar to the Shilluk people (Gurtong Homepage, Kihangire 1957). 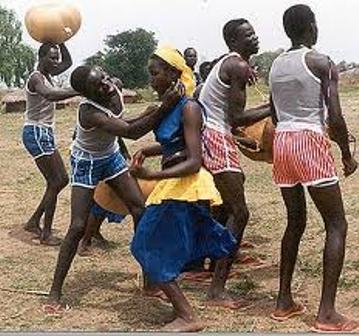 The British government was aware of this and used the counsel of these chiefs when they wanted something done. In Lango, there was no hereditary king or supreme chief as practiced in Buganda or Bunyoro.

The Lango government system was through elected clan chiefs with authority over the people of their clans. Chiefs were hereditary in some clans, so when a clan chief died, elders from the clan would choose one of his sons to succeed him (Kihangire, p.21).

Driberg described Lango people as "brave and venturesome warriors who have won fear and respect of their neighbors...not being idle witnesses to watching of the misfortunes of their neighbors...treating facts of life with no sense of false modesty..." (pg.68). The Lango army was united under one military leader chosen from available men, and all had to agree to be led by him.

These military leaders would lead the Lango army against other groups. Their authority ended when the war was over, and they all returned to their clans and resumed their daily occupation and were not entitled to any special benefits. 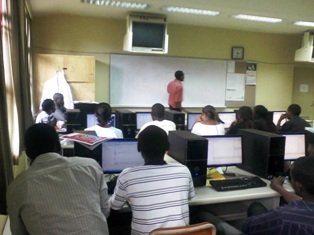 Pre-colonial education was both formal and informal.

Land in pre-colonial era was common land, and any untilled area belonged to the first person or family who tilled it, and it was passed on to sons.

According to Kigangire, "land which had not been cultivated in the past could be tilled by any family, and, when once it had been tilled, the community regarded it as the property of the family whose ancestor first cultivated it." (Kihangire, p. 22). The traditional land tenure is still widely used in rural areas.

Lango have often been victims of the volatile politics of Uganda. The first Ugandan prime minister and two-time president, Milton Obote, was a Lango.

During the 1970s, state-inspired violence by the government of Idi Amin was used to decimate the elite in Lango and theirAcholi neighbors. The 19-year-long war between the government of Uganda and the Lord's Resistance Army (LRA) caused massive population displacement in the region.