Kipsigis people and their Culture in Kenya

You are Here: Home › Kenya Culture › Kipsigis People of Kenya

Who are the Kipsigis People in Kenya? The Kipsigis are a Nilotic ethnic group inhabiting Kenya. They speak Kipsigis as a mother tongue, which belongs to the Nilo-Saharan language family. Traditionally, they practiced herding but are presently known for cultivating "green gold" tea.

Origin of the Kipsigis People in Kenya

The Kipsigis are a Nilotic people. They are the most populous sub-group of the Kalenjin, itself a subdivision of Nilotes who originated in the South Sudan region.

Another Kalenjin sub-group are the Tatonga people of Tanzania. In the 1700s, the two tribes migrated to the present-day region of Shinyanga in western Tanzania, whereafter the Kipsigis then returned to Kericho.

A smaller group moved south once again, settling in Angata Barigoi near the Tanzanian border. By the end of the 18th century, the Kipsigis were living in the Rift Valley province of Kenya.

They traditionally practiced herding, but are presently known for cultivating "green gold" tea. 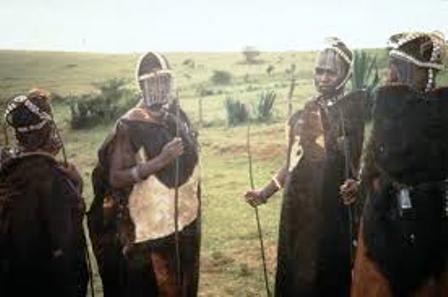 Warriors of Kipsigis People in Kenya

Demographics of the Kipsigis People in Kenya

The Kipsigis inhabit the highlands of Kericho from Timboroa to Mara River in the south, the west from Mau Escarpment to Kebeneti. The Kipsigis also live in parts of Laikipia, Kitale, Nakuru, Narok, Trans Mara District, Eldoret and Nandi Hills.

Language of the Kipsigis People in Kenya

The Kipsigis speak Kipsigis as a mother tongue. It belongs to the Nilo-Saharan family, with dialects of the language most similar toNandi.

According to Ethnologue, there were approximately 471,000 Kipsigis speakers in 2007, with the number increasing. Most are concentrated in the Rift Valley Province of Kenya.

Religion of the Kipsigis People in Kenya

Christianity has seen the three stages phased out and replaced with biblical teachings in a number of areas in Kipsigis areas (although the traditions of the "menjo" remains unchanged). Female circumcision used to be practised but is opposed by Christian beliefs, government legislation and international medical practitioners and welfare groups.

Culture of the Kipsigis People in Kenya 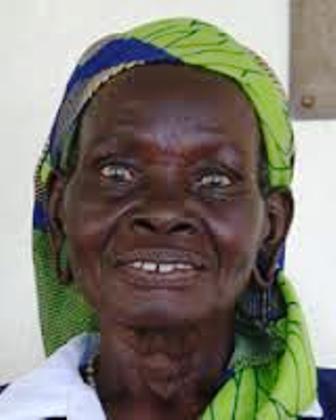 Culture of the Kipsigis People in Kenya

Kipsigis have a tradition of humility, endurance of hardship, strong emotional expression, loyalty, courage hospitality and courtesy. Artists such as Joel Arap Kimeto and the late Kipchamba Arap Tapotuk have emerged from the Kipsigis community.

Customs of the Kipsigis People in Kenya

As with some Bantu groups, the Kipsigis and other Nilotes in the Great Lakes region have through interaction adopted many customs and practices from neighboring Southern Cushitic groups, including the age set system of social organization, circumcision, and vocabulary terms.

Kipsigis men undergo circumcision at about 14 years of age. Afterwards, the boy lives in a "menjo" near a forest or away from the main community while they heal.

During this period, Kipsigis males undergo three main traditional ceremonies called the kelab-eun, the tyenjinet and the kayaet.

After the first ritual, the boys are allowed to venture out into the forest for hunting using bows and wood-made-arrows. It is at this point in time that they master the use of these weapons of traditional warfare.

Community organization of the Kipsigis People in Kenya 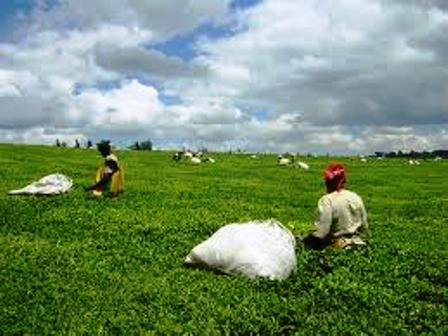 The word kokwet, derived from kok, a man's sitting place, is used to signify the neighborhood or primary community of 20 to 40 interrelated homesteads.

Adult brothers tend to establish homesteads in different areas and thus the dozens of exogamous clans (ortinwek) are dispersed and intermingled.

On the other hand, marriages tend to be between nearby families, and neighborhoods become small networks of direct and indirect affinal relationships with a few further connections of direct agnation or common clan membership.

Kokwet meetings are held some distance from the personal space of any particular homestead yard. The meetings are open and attendance consists of those men who have, or take, an interest in the matter at hand.

Whether the issue arises from domestic problems or breaches of the norms of public conduct, individual interests are expressed in terms of kinship.

Senior men, with manifold connections to their neighbors, represent themselves at most meetings and dominate discussion. Some of the younger men who attend do so because of their connections; others come along as friends of their age-mates.

Younger men speak only when their opinions or knowledge of a case are solicited. Women and children may be called to kokwet meetings to give evidence but otherwise do not attend.

Thus, although the composition of the group is slightly different in each instance, the large majority of men present are always close neighbors.

Hence, communities are spatial entities although they are not ultimately defined by topographical features.

Similarly, place names refer more often to a past event or a significant natural feature within a community than to a naturally demarcated area.

The referents of Kipsigis place names are neither hierarchically arranged nor mutually exclusive.

In short, the key to understanding Kipsigis spatial concepts beyond the personal space of homesteads is the realization that they are defined in terms of nodes or focal points and lack true boundaries.

Social Organization of the Kipsigis People in Kenya

There are seven sequentially recurring age sets, called ipinda. One is free to dance, drink, and carry on with age mates but ought to be more circumspect in the company of seniors. Men should not marry the daughters of their age mates.

Women are also initiated into age sets, but they take the age-set status of their husbands when they marry. Kipsigis men also belong to patrilineal associations called boriet, which, in the past, served as regiments in times of war.

The kokwet is the hub of community life. People call on their fellow kokwet members for mutual aid.

Members of the kokwet or of neighboring kokwotinwek also cooperate in public projects such as building schools.

The social and economic distance between prosperous farmers and those who are less fortunate is growing.

The social implications of such differentiation are as yet unclear, but the emergence of a landless or land-poor rural proletariat seems a likely prospect.

Political Organization of the Kipsigis People in Kenya 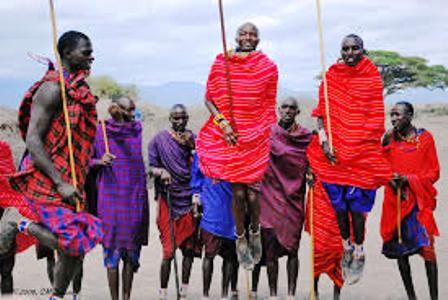 Political Organization of the Kipsigis People in Kenya

Kipsigis place great value on personal autonomy and are reticent to interfere in one another's affairs.

Men may be respected for their achievements and admired for their persuasive oratory, but they do not receive consistent support for their positions at public gatherings.

Cliques and political factions are ad hoc and unstable. The basic forum of political participation is the kokwet council, which is composed of all adult men within the kokwet.

These men appoint a "village elder," who serves as a liaison to the local subchief appointed by the Kenyan government. The subchief or the local chief may call a kokwet meeting to communicate government policy.

Social Control of the Kipsigis People in Kenya.

Kipsigis place great stock in their notion of respect. A sister respects her brother by dropping her playful attitude toward him once he is initiated.

A man respects his mother-in-law by keeping his distance from her. Elders always command respect. Losing one's temper is considered an unfortunate and embarrassing lapse.

Angry words are rarely spoken; they may cause physical harm. Serious arguments are mended by a formal apology.

The ultimate sanction of serious misconduct is a father s or elder's curse. It is believed that some elders have the power to curse even unknown culprits to death.

Criminal conduct is defined by the Kenyan government, and local administration police handle it.

Conflict. In cases of chronic marital discord, a man may send his wife back to her natal home, or she may elect to go herself. Disputes between neighbors involving boundaries, property damage, and the like are heard by the kokwet council.

Jealousy or hidden enmity may provoke witchcraft, which can be directed at people or cattle, but witchcraft accusations are rare. Sanctions include shunning or, in extreme cases, banishment.

Cattle raiding, a once-popular pursuit of Kipsigis warriors, is no longer tolerated. Clans of the Kipsigis People in Kenya 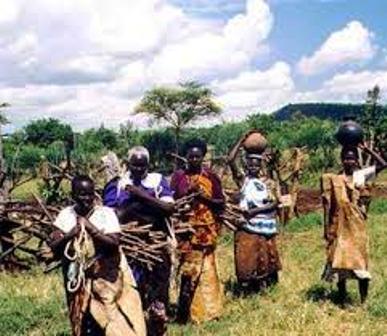 Kipsigis Women on their way to fetch wate