Isukha People and their Culture in Kenya

You are Here: Home › Kenya Culture › Isukha People of Kenya

Who are the Isukha People in Kenya? The Isukha, also known as the Abiisukha reside Kakamega among other sub tribes, they are neighbours to the Idakho and the Tiriki.

They hold the Crying stone of Ilesi with esteem because it is here where they used to conduct sacrifices to their ancestors in times of trouble. Isukha people speak a language called Isukha. Elders differ on where Isukha people originated.

Although Isukha have good culture that should be admired, it has started eroding and many people are no longer embracing it. It is bad for the community to forget its culture arguing that culture assisted so much to streamline the society. 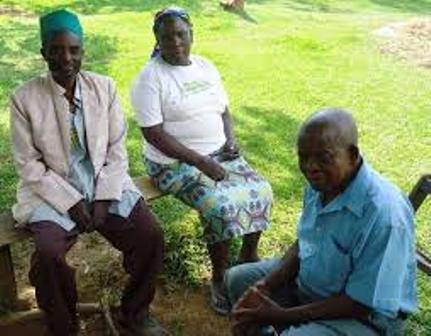 Isukha People and their Culture in Kenya

Isukha people have fought on several occasions with the Nandi, who were after their land for grazing purposes but they could not displace Isukha who were also supported by their brothers Idakho. During their war, Isukha people used spears, arrows, bows, shields.

Isukha people currently practice tea farming, bananas, maize and beans among others. However, their farming is subsistence bearing in mind the fact that they have small pieces of land. 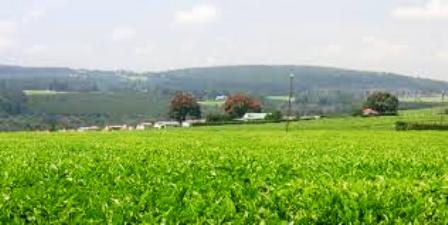 Isukha people believed in the existence of a supernatural being called Were/Mukoye. They also called him Omwami We Mumbo. A special tree called Mukhumi is where they offered prayers at for thanksgiving and intercession.

The Isukha people circumcise children from the age of sixteen to eighteen years. They are congregated and put in groups where selected elders would advise and talk to them.

The following day the villagers would sing songs intended to give them courage when facing the initiators knife. The boys would be holding a certain type of stick called Tsinundu, which served as a sign to show that they were indeed ready to face the knife, as they hurried to the place where the circumcision would take place. 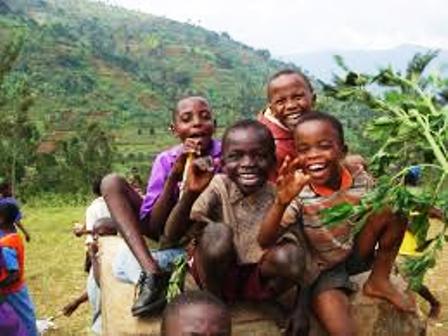 The Isukha are considered a smaller sub-group of the Luhya tribe, which is the 2nd largest ethnic group in Kenya. They speak Wanga language a dialect of the main Luhya language.

They leave in western part of Kenya near kakamega forest. These people are usually farmers growing sugar cane as their major cash crops. They live in large extended families, sometimes with more than one wife involved.

Birth among the Isukha People . 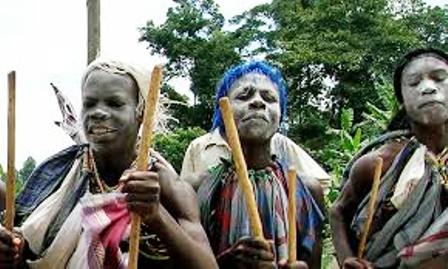 Birth and Naming of Isukha People .

Any given marriage was respected if children were born from it. Among the Isukha people, a boy child was more valued compared to a girl.

The clan that produced circumcisers only allowed those who gave birth to first born boys to perform the ritual.

However with civilization and the onset of the gender equality campaign, that kind of thinking is ceasing and currently all the children are taken with equal value.

Among the Isukha if one’s younger brother gets married earlier and sires a child, the older brother would not be allowed to see the baby because it was believed it would lead to its death.

The older brother would have to be given special herbs first before being allowed to see the child.

The mother would not be allowed to mix with other people until a cleansing ceremony was conducted. From the time of birth, ash in the kitchen is collected for a period of seven days before it is removed and poured in a farthest place where people don`t go and if one stepped on the ash his or her skin would turn whitish.

The name of the child among the Isukha is given by the mother and she will test all the names from the father`s clan and the her clan before settling on the right name. These names are to be of those people who died natural deaths and should be of a person who had good character.

Women who get married to the Isukha are faced with the task of knowing people from her husband’s clan including those ones who died and this would come during naming the of the child.

If a child could continue to cry and disturb even after being given a name, the mother would continue trying out other names until the child stops disturbing this would mean that the name has been accepted.

If a woman got married to an Isukha man and became unfaithful to an extent of giving birth to a child from another man, she would be prepared to witness sudden death of her child. Isukha people had two ways of testing paternity of the child they doubted.

They would take the child in the absence of the mother and let the baby look direct into the open granary as they say certain words. that child would not live for more than five hours if indeed the mother had had a sexual affair with another man.

Another of making the discovery way was prepared even before the mother gave birth.

These methods were used as a form of conducting DNA test but unlike the DNA test where no child dies, in this case a child would die suddenly if the woman was cheating on her husband.

On the other hand if a man suspected that his wife was cheating on him, he would stand straight, spread his legs apart then ask the wife to pass between his legs. If she passes between his legs, she will die if she is unfaithful.one lady who was being suspected passed between her husbands’s spread legs and died instantly.

This method was used to check the behaviour of unfaithfulness, spread of sexually transmitted diseases and also spread of hereditary diseases from certain clans. 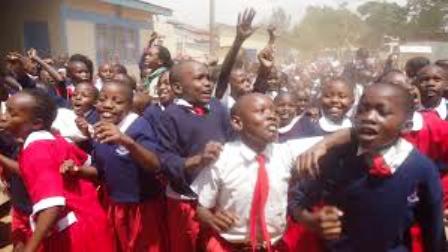 Death was the most feared thing among Isukha people. When one died his relatives would mourn and light a fire outside his house. When one passed on, his body would be moved outside and a special tent built using banana fibers. Isukha people did not stay with the dead in their house.

However, on the burial day which was after two days, the body would just be taken shortly in the house and then moved out for burial. The father was buried on the right hand side of his house’s door, the mother on the left hand and the child at the centre.

If a woman was unfaithful she was not to handle her husband’s body because it is argued she would die. She could also not look into his grave. On the other hand if a man had an affair with the deceased’s wife, he will die if he sees his body.

As of now, certain herbs are used and she is allowed to just see the body and even look into the grave.

People who committed suicide or died from tragedies were buried to the extreme left hand side of the house .The burial was conducted at night. The grave was not filled to the brim, the same way twins were buried.

A twin child is buried in the middle and the grave would not be filled to the maximum. A person suffering from epilepsy was buried to the extreme left hand side of the house and his grave not filled to the top as well.

If an adult died without having a child, they were buried on the extreme left hand side of the house.

Note that after the body being taken into the house before being buried, it would be taken out through a temporary door made at the back of the house. A long and strong thorn would then be pushed into one of his or her buttocks before burial.

It is very important to note that from the day a man passes on, his wife will not be allowed to interact or eat with everybody. She will only eat with another a widow who will be taking care of her. On the third day, family members shave their hair around the grave to signify a new beginning.

The widow will then take seven days mourning her husband without entering the house. She would also go to the river every morning to bath.

At the river a person hides in the bush and will call her name as she responds for three times before she takes a bath. When she comes home she will light the fire at the door to warm herself as she mourns her husband. After the seventh day is when the woman will start cooking and eat with her children.

The widow will then embark on preparation for a new sexual life if she intends to be re-married. She will have to conduct a cleansing exercise by going to the farthest place where she will lure a man into making love with her.

Unlike Bamasaba people who when the widow goes out for cleansing she lures the man into making love but they cannot finish the act as the she will scream and run away claiming that someone is coming to find them, in Isukha, they finish the sexual act but the woman will ensure that she does not make love with that man forever because if she does, she would have spoilt the cleansing done earlier on. Isukha people call the cleansing Vukunzakariza while Bamasaba refer to it as Khukhala kumulindi

After the cleansing exercise, the widow or Mukunzakari as Isukha refer to the widow will be ready for a new sexual life. Men from the deceased’s clan will start trying their luck to inherit the widow.

A lot is done in actions. An interested man will come into the homestead have a general talk with the widow and children and later intentionally leave his coat on top of the house.

If the widow later in the evening takes the coat in the house, then it will prove that she has accepted his wish to have her as his husband but if she is not interested, then she will take it to his home even before evening.

Men will continue to hang their coats on the house until the widow accepts one of them .The two will then start living together as wife and husband.