El molo People and their Culture in Kenya

Who are the El Molo People in Kenya? The little known El molo tribe is the smallest tribe in Kenya. El molo people live in small villages on the southeastern shore of lake Turkana . El molo's total population is about 4000 people but pure Elmolo people are very few.

With increased access to modern medicine and intermarriages with neighboring Turkana and Samburu people , the tribe that once faced extinction has increased in population. 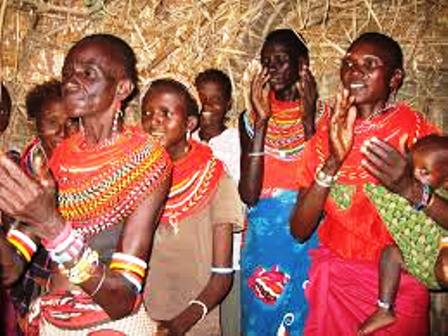 El molo People and their Culture in Kenya

The name El molo came from a Maasai Phrase meaning "Those who make a living from other sources other than cattle". The Samburu name for El molo is "loo molo onsikirri" which means "the people who eat fish"

Unlike the and the Samburu, the El molo do not depend on livestock for their livelihood. The main diet for the El molo is fish from lake Turkana. They mainly fish the lake for giant Nile perch and occasionally hunt crocodiles and hippos . 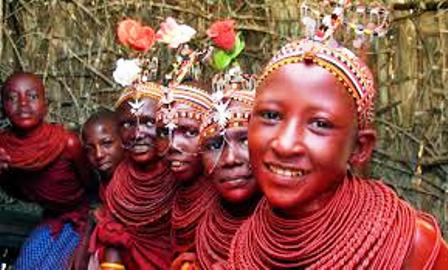 The Bride of the Elmolo People of Kenya

The El molo construct their rounded huts on the shores of lake Turkana. The huts are made from doum palm fronds and are supported using wood from the rare acacia tree. Like the Samburu, the El molo wear necklaces and bracelets made of colored beads. 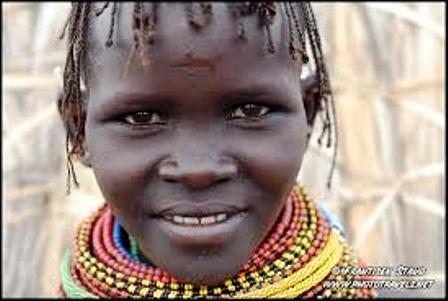 They dress following Samburu custom- beads and goat or fish skins, incorporating many of the lake artifacts such as fish bones and teeth.

Life expectancy is short due to their diet and health problems with people usually living up to 35-45 years. Women and children have high mortality late while men engage in dangerous fishing and hunting activities. Their social customs have also contributed into their low population. 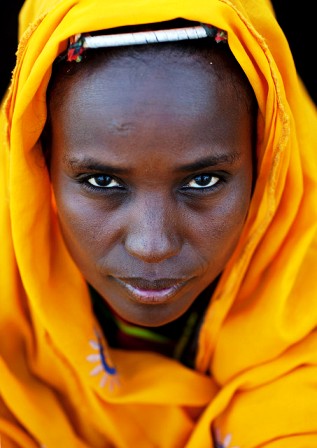