Eat excellent Indian food and dance to a mixture of Western, African and Indian music with the locals at the fun, spacious outdoor Garden Bistro

Kivukoni Fish Market is housed in a new structure on Dar es Salaam's seafront. Boats deliver their catch at dawn directly to the market and a frantic fish fracas ensues. Wade in for red snapper, lobster, prawns, squid, barracuda and shellfish fresh from the Indian Ocean

South Beach, on the Kigamboni peninsula, is one of the prettiest you'll find outside Zanzibar. If you tire of lazing around in the sun you can even hire camels to ride along the water's edge.

To avoid the weekend crowds, head out early and visit the fish market near the ferry terminal on the way.

If you prefer to sleep in, go as a foot passenger so you don't get stuck in the queue of cars. Once there, however, the hustle of the city is a distant memory.

The Tanzania National Museum houses archaeological finds including the cast of a 3.6 million year-old hominid footprint. The History Gallery looks back to the 9th century, and the Ethnography…

The Tanzania National Museum houses archaeological finds including the cast of a 3.6 million year-old hominid footprint.

The History Gallery looks back to the 9th century, and the Ethnography Hall explores hunting and gathering, initiation rites and witchcraft.

The National Museum is principally housed in the former King George V Memorial Museum building, which stands in a garden full of noisy peacocks.

Located next to the fascinating Tanzania National Museum, Dar es Salaam's Botanical Gardens offer the perfect place to enjoy some peace and quiet and to examine the country's colourful native… The Gardens date back to German colonisation.

As well as the indigenous plants, trees, ferns and flowers, this is one of the few places in the world where you can see the coco-de-mer palm tree, native to the Seychelles. You might even spot a peacock or two!

The dance floor, bar and seating at Trinity are outdoors under the stars, the crowd is a relaxed mix of locals and tourists and the music is eclectic.

Affiliated to Tanzania National Museum, the Village Museum is a fascinating place to spend a couple of hours in Dar es Salaam. People from across the country have each built typical examples… of the houses lived in by their tribes.

Exploring inside these dwellings offers up a wealth of information on the daily life of Tanzania's tribal people as well as insights into the various construction methods.

The surrounding gardens have been planted with indigenous plants and displays of tribal dancing take place at weekends. Crafts are also on sale at the museum shop.

It's here that locals haggle over the price of freshly caught fish, stock up on food and browse stalls selling electrical goods, handicrafts, local textiles and strange items such as dried lizards and medicinal sea shells. Enjoy the friendly hustle and bustle of this daily ritual, but leave your valuables at home.

Over by the attractive university campus, the Mwenge Crafts Market is a great place to get hold of traditional carvings by the Makonde tribe, who are justly famous for their representations 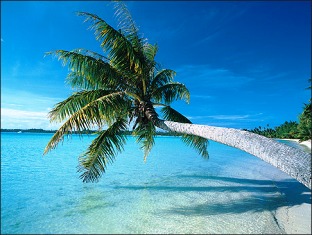