Do you know why Kakamega forest National Reserve is called the Canopy of natural beauty?

Are you aware that Kakamega forest is a home of some of the rare wildlife in Kenya?On this site we will guide you about the details of Kakamege game reserve in Kenya and its tourist attractions.

Kakamega Forest was established To protect Kenya’s only mid-altitude tropical rainforest – as the forest contains many species found nowhere else in the country..

The forest lies in the Lake Victoria catchment, north of Kisumu and west of the Nandi Escarpment. It was first gazetted as a trust forest in 1933 and two small reserves, Yala and lsecheno were established within the forest in 1967.

In 1985, nearly 4,400 hectares of the forest together with the adjacent Kisere Forest were gazetted as Kakamega Forest National Reserve.

The forest is an important water catchment area with two rivers flowing through it. 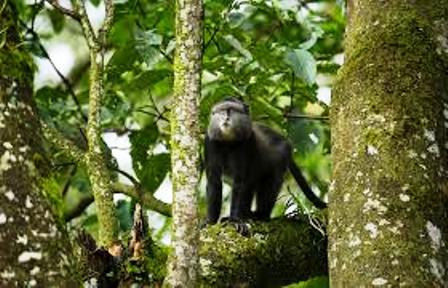 Annual rainfall is over 2,000 mm. Most of it falls between Apriland November with a short dry season from December to March.

Rain falls mostly in the afternoon or early evening and is often accompanied by heavy thunderstorms. Average temperatures remain similar throughout – between 15-28°C. 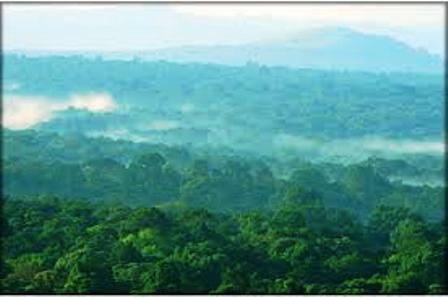 The Canopy of Kakamega Forest

Over 300 bird species, over 350 varieties of trees, 27 species ofsnakes, over 400 species of butterflies. Game watching. The forest is mostly indigenous vegetation.

The majestic black and white colobus monkey alongside flying squirrels, blue monkey and potto (world’s slowest mammal) are among the attractions.

Forest buck, duikers and dik-diks are also found as are the endangered Turner’s eremomela, Charpin’s lycatcher and the voice mimicking African grey parrot. The forest is home to the endangered DeBrazza’s monkey found at the isolated Kisere Forest Reserve. 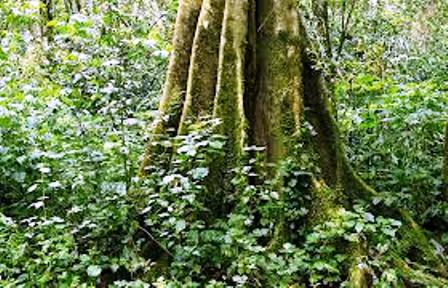 Watch for signpost after 15 km from Kakamega. 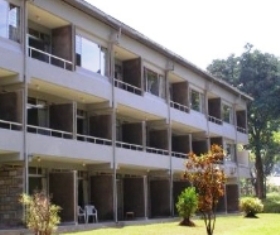 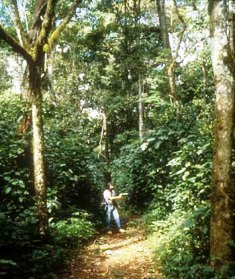