Ngorongoro Sopa Lodge is spread out along the uppermost, eastern rim of the Ngorongoro World Heritage Site,

the lodge offers breathtaking views of the crater floor far below.

Perched on the rim of the collapsed volcano, the Ngorongoro Crater, a world heritage site, often referred to as the eighth wonder of the world.

It has the most magnificent views over the crater floor, which is home to vast herds of buffalo, wildebeest, zebra, the rare and endangered black rhino, elephant, cheetah, leopard, lion and herds of gazelle and wildebeest.Its position on the Eastern rim allows the most spectacular and uninterrupted views of the sunset.

Other Hotels and Holiday Lodges Nearby

Sopa Lodge Ngorongoro is located in Lemala hill on the eastern rim of Ngorongoro Crater, in the volcanic highlands of northern Tanzania. 4hr from Arusha.

Walks around the crater

Visit to the Maasai villages and neighbouring Empakaai crater 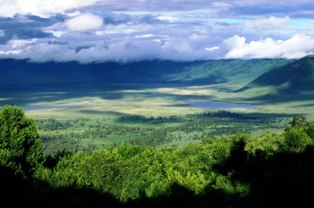