You are Here: Home › All Hotels › Ngorongoro Hotels › Kensington Endoro

Kensington Endoro Lodge in Ngorongoro Tanzania is a new lodge.

The rooms themselves are set on a hill, each is a separate house, but they are close together, walkways separate.

The rooms have comfortable beds, nice desk, wardrobe, and working fireplaces and chairs if you'd like to have a fire in your room.

Also each has a patio to sit out on. The bathrooms are nice, separate shower and tub, toilet area-mirrors etc. Very nicely done and laid out.

Other Hotels and Holiday Lodges Nearby

The whole compound was nicely landscaped but if you aren't fully ambulatory, this place could be a challenge, many stairs.

Masai greet you when you come and carry your bags to the rooms. They were also there at night to escort you to your room if you'd like.

For some reason I was told they weren't allowed to wear their 'gage' earrings-so they were a lesson on why not to put in gages if you have to take them out, we thought they should be allowed to keep them in.


I'm going to say I wouldn't recommend it and "as is" I don't, but with the addition of "chill" it could be terrific- 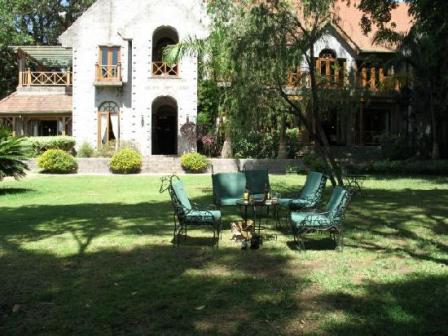