Kenya Political Stability takes the highest credit when planning to set up an investment in Kenya .

Kenya has maintained remarkable stability since independence despite the changes in its political system and crisis in neighboring countries. .

The country's stable political background has enabled a business-friendly environment.

An Overview on Kenya Political Stability and Kenya Investment

Kenyan politics take place in a framework of a presidential representative for a democratic republic, whereby the President of Kenya is both head of state and head of government, and of a pluriform multi-party system. Executive power is exercised by the government.

Legislative power is vested in both the government and the National Assembly. The Judiciary is independent of the executive and the legislature.

Since independence, Kenya has maintained remarkable stability despite changes in its political system and crises in neighboring countries. Particularly since the re-emergence of multiparty democracy, Kenyans have enjoyed an increased degree of freedom.

A cross-party parliamentary reform initiative in the fall of 1997 revised some oppressive laws inherited from the colonial era that had been used to limit freedom of speech and assembly. This improved public freedoms and contributed to generally credible national elections in December 1997

Since the early 1990’s the Kenya Government has been running various schemes with the aim of encouraging investment and production for exports and local consumption.

The schemes offer both fiscal and infrastructural benefits to the business community. The government continues to improve the investment environment.

• Freeing the shilling exchange rate to be market driven

• Abolishing import licensing except for cases that impact directly on national security, health, and environment.

• Opening up of the capital markets to foreign participation 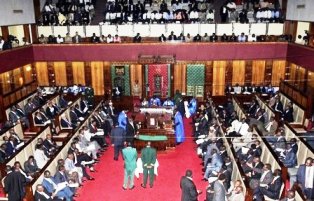