Preferential Kenya Market Access has contributed much to Kenya's business and Investment environment.

Kenya is signatory to a number of multilateral and bilateral trade agreements as part of its trade policy .

Kenya is a member of the World Trade Organization (WTO) making her products access more than 90% of world markets at Most Favoured Nation (MFN) treatment .

In addition, Kenya is member to several trade arrangements and beneficiary to trade-enhancing schemes that include the following;

A trade preference programme initiated in 2000 by the US government and providing 8 initial years of preferential market access to apparel products as well as GSP expansion to 2000 new items from eligible African countries.

The US Government extended the AGOA period, which has been extended from 2008 to 2015. Kenya is an eligible country. Clothing manufactured in Kenya is delivered duty free and quota free to the US market provided a visa confirming local manufacturer accompanies the goods.

Under AGOA, the duty-free apparel exports collective limit of imports for African countries was to range from 3.0% rising to 7.0% of the total US market share over the 8 years, for a particular tariff classification.

For LDCs (countries with a per capita income of less than US$1500 per annum), apparel is duty free and quota free irrespective of the country of origin of the fabric, but from September 2007, clothing made from 3rd country fabric will not be duty free, and fabric originating from either eligible African countries or the US will have to be used.

This represents an opportunity for establishing textile spinning, weaving and knitting mills in Kenya, particularly in EPZ where incentives are provided, to supply fabric to apparel factories in the Sub-Saharan Africa region.

In June 2000, in Cotonou, Benin, the 77 Africa, Caribbean and Pacific states (ACP) signed an agreement with the European Community to replace the Lome Convention which had provided the structure for trade and development cooperation since 1975.

The Lome Convention had provided non-reciprocal market access (duty free access for a variety of products) to the European Market for goods originating in the ACP member states including Kenya.

An economic partnership agreement (EPA) shall be negotiated during the preparatory or transition period which shall end on 31 December 2007, at the latest.

For non-LDCs like Kenya, the negotiated economic partnership shall provide a new reciprocal framework for trade, consistent with WTO rules and at least equivalent to the present situation.

For the transition period (2000 to 2007), duty free access for Kenyan goods sold to the European Community Market will prevail.

In the case of textiles, the rules of origin require that for apparel to qualify for duty free entry to the European market, the fabric must be made in an ACP or European Community state. Cumulation of value is also permitted within the ACP and EU states.

Again, this provides an incentive for local production of textile fabric to meet the needs to apparel manufacturers operating in Kenya and other ACP states, and selling their clothes to the EU market.

Other products include fresh and processed food products. Kenya is the largest exporter of cut flowers to the EU.For more information, consult www.acpsec.org

The member states have agreed to form a Free Trade Area and have implemented progressive reduction in import tariffs for goods originating from member states.

By January 2005, 11 of the member states (Kenya, Egypt, Madagascar, Malawi, Mauritius, Zambia, Sudan, Zimbabwe and Djibouti, Rwanda and Burundi) had implemented the FTA provision with zero duty on imports originating from COMESA states.

The population represented by the COMESA member states is presently 380 million, occupying an area of 12.8 million sq km. GDP is estimated at US $ 270 million (2002) growing at 3.1%. Significant economies (by GDP) in the grouping include Kenya, Egypt, Zimbabwe and Angola.

Within this Kenya exports were US $ 0.85 billion in 2002 and is the major exporter within the COMESA region. COMESA is the largest market for Kenyan export goods. 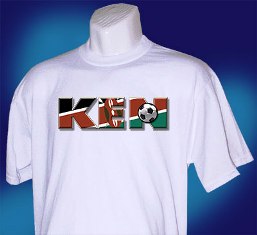