You are Here: Home › Kenya Business and Investment › Ugandan labour

Ugandan labour is the cheapest and well trained for Uganda job environment. This encourages the investors because cheap labour means high profits .

Uganda presently produces over 20,000 University graduates per year. The quality of this labour is one of the biggest attractions, being a product of an education system with strong links with the British Education System inherited at independence.

The country is also a regional base for training the labour force from the East African region. Being among World Bank’s low income economy classification, one of the key advantages of such an economy is low labor costs.

Using the GDP per capita as a proxy to gauge possible wage competitiveness, an evaluation of Uganda with her immediate neigbours shows her in the fifth lowest per capita income bracket based on Purchasing Power Parity.

Using the conventional per capita measure, Uganda has the third lowest as illustrated in the figure across 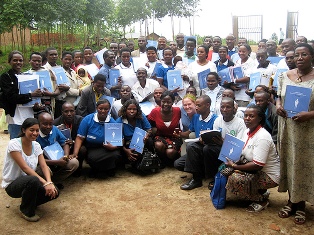