Tanzania has the most convenient cultural student class rules. On this site we bring you all the rules and regulations a Tanzanian student should abide to.

• Most colleges and universities run from January to December with 6 week breaks at the beginning of June and December.

• Dress at most schools is somewhat formal, where guys usually wear nice pants and a tucked in collared shirt. For women, long dresses or skirts and a blouse are common. It's best to avoid any revealing, ripped, or ragged clothing.

• At most schools there are no shorts allowedfor men or women, no offensive or drug-related t-shirts, no skirts above the knee, no shirts that reveal bras or too much of the underarm. No dreadlocks and boys are not permitted to braid their hair.

• Lecture is the most common for of teaching.

• Students socialize by going to bars, discos, restaurants, out to the movies, or at parties.

• Young people tend to go to discos. Bars are also fairly common. House parties are unusual, although being invited for dinner is not uncommon.

• Smoking and drinking in public tends to be less acceptable for women, although in a big town or city it is generally more OK.

• Being excessively drunk is not polite and people will tend to lose a lot of respect for you if they see you drunk. You may see a lot of drunk people on the streets and in the villages, but note that these are not respected members of society – they are tolerated but not esteemed.

• Dating is not generally accepted, especially in rural areas. People do date – most teenagers and young people are actually dating - but it is very secret.

Oftentimes you will have a friend who you think – and who tells you – that he/she is single, and then one day they tell you that they are getting married, and you never knew that they were dating anyone.

• Families rarely know that their child is dating, especially if their child is a girl. Do not expect for a young person – male or female – to be honest with you about this, because if they admit that they are dating someone, they will be perceived as promiscuous.

• Furthermore, if you are a foreign woman, be prepared for many men to want to be with you – dating, marriage, or just sex. For this reason, many men will not honestly tell you if they have a girlfriend or even a wife at home.

• Girls will barely ever ask men out as it would make them seem promiscuous. They will rarely consent openly to having sex, for the same reason.

• Women tend to be be more demure about sex – declining at first but then agreeing only after some convincing. So if you decline to have sex with a man, do not be surprised if he continues to try to change your mind. Be polite, be firm, and he will get the message eventually.

• Men will generally be the ones to ask a girl out on a date. The dating depends on whether the person is more rural or urban, but in general a date could include dinner at a restaurant or going to the disco together. 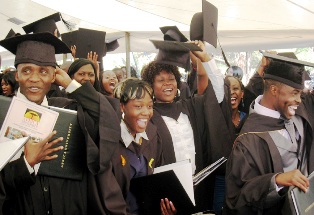