Kenya Taboos and their Meanings

You are Here: Home › Kenya Culture and People › Kenya Taboos and totems,

If you want to know Kenya Taboos and totems, you've come to the right  page. Taboos from Kenya are different from those of other East Africa people . Learn more here.

• Losing ones temper and shouting is considered highly rude. Most disputes are resolved by using humour, or they might simmer under the surface for long periods without confrontation. It’s best to remain polite and smiling, even if frustrated.

• Kenyans tend to dress in a conservative manner with an emphasis on appearing smart and well dressed as a matter of pride. To look sloppy or wear revealing or damaged clothes would mean that a foreigner would instantly lose a degree of respect amongst Kenyans.

• The Kenyan legal system has been derived from British Law following independence in 1963, so drinking age is 18, and although not strictly enforced, it is rare for youngsters to get drunk.

• Possession of marijuana is illegal, but not taken very seriously. Kenya is a trafficking point for hard drugs, however, and offenders will get 10 years, no exceptions.

• There are hundreds of petty offences, such as talking on a mobile phone whilst driving, and these are generally seen by police as opportunities to extract on the spot “fines”, which they pocket.

The alternative is to waste a morning in court, and pay a very small fine – the real penalty is the time-wasting element.

• Stealing is VERY heavily enforced through mob justice, especially in rural areas. Anyone even suspected or accused of stealing – even a cell phone – is likely to be severely beaten, at times to death, by a nearby crowd. 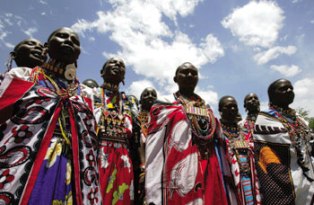 Kenya Taboos - Video and other stuff

• When/if inundated by street hawkers, a polite: ‘no thank you not today, maybe tomorrow’ is often the most effective way of dealing with the situation.

• Tea is taken fairly promptly and regularly at 10am and 4pm; a vestige of the British colonial era.

Actually, much of Kenyan society still operates as if it were part of the colony, and white people are often treated with preference; whether to receive service at a restaurant or bar or elsewhere.

Foreigners, and Americans and Europeans in particular, are treated as if they were all independently wealthy.