Pokomo People and their Culture in Kenya

You are Here: Home › Kenya Culture › Pokomo People of Kenya

Who are the Pokomo people in Kenya? The Pokomo are an ethnic group of Kenya, from the Bantu language group. They are predominantly agriculturalists and fresh water fishermen living along the Tana River in the Tana River District. They speak Pokomo language.

The Pokomo mostly live along the River Tana where they grow their crops. The Pokomo council of elders are known as Gasa. They deal with solving disputes like marriage disputes, land disputes, family conflicts and others.

Pokomo People and their Culture in Kenya

The Pokomo dances include Kithoko, Mwaribe, Miri among others and these are usually played at various ceremonies. The passage to adulthood for men is by initiation which involves circumcision.

The Pokomo live along the Tana River in Kenya. Since arriving here from the north after being driven south by wars in the 17th century, they have made their lives within the flood plain, developing their agriculture and fishing techniques to take the greatest advantage of the silt and water their environment provides.

The Pokomo live in small villages of 10-60 grass-thatched houses, growing maize, plantains and sugar cane, and following the community principle called Sinidikia, by which they all work together for the common good at essential agricultural times such as harvest. This same system provides communal help in the event of an individual having personal problems.

There are some 50,000 Pokomo in total, and this population is split into two groups; the Upper Pokomo, who make up 75% of the population, and the Lower Pokomo.

The Upper Pokomo people are mainly Muslim, and have been so since the first half of the 20th century. 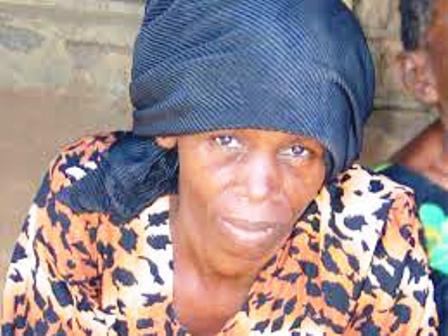 The Lower Pokomos, who live along the lower part of the Tana, were receptive to the teachings of the Christian missionaries who arrived in the area in the late 1870s, and, by 1914, were almost exclusively Christian.

As a result of the introduction of Islam and Christianity, many of the Pokomo traditions have fallen by the wayside, now only observed by a small amount of the older population.

However, the Pokomo still follow the traditional system of (often, arranged) marriage and dowry, and, after the payment of the dowry, the Lower Pokomo consider marriage permanent.

One Pokomo tradition has not only survived, it has evolved and become famous throughout the Kenya - the tune of a song that Pokomo mothers sing to their children was, in 1963, given new lyrics and adopted as the national anthem of Kenya. 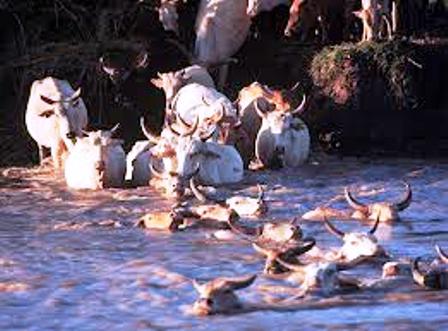