You are Here: Home › All Hotels › Serengeti Hotels › Olakira Camp

My visitor and I spent 3 nights at Olakira Campin their southern camp location in February.

It is situated on the Serengeti plains outside the national park gates.

We were there towards the end of the month and the wildebeest/zebra migration was in full swing.

We drive along the Ngorongoro Crater rim to go north to Serengeti.

As we drop down the Crater’s slope we get into Masai country.

There are 40,000+ Masai living in the Ngorongoro Wild Life Preserve according to our guide. They do not eat wild meat.

They are nomadic herders, caring for and eating cows, goats and sheep.

So you drive down this steep slope where you see Wildebeests, zebras and gazelles mixed in with sheep and goats and young Masai boys tending their flocks.

Miles go by this way as we drive toward Serengeti.

Then we get to the Great Migration. The Wildebeests are gathering together for their migration north. We turn of the main road to drive to our camp.

We drive 15 miles across the plains and we are completely surrounded by Wildebeests.

They disappear into the distance becoming little more than black ants on the horizon. According to our guide, the mega herd is now 4 million strong.

Estimates used to put it at 2.5 million animals.

However, the Mara River has not been flowing as strongly the past several years.

The Mara claimed 500,000 Wildebeests each migration between drowning and Nile Crocodiles.

Apparently none are drowning the so the number of breeding animals has increased dramatically. It is very hard to describe.

These animals are about the size of a cow. They are antelope and weigh 500-600 pounds.

They are everywhere and they are the Big Mac of the plains.

We leave the plain for a small forest and a game drive as we head to our next camp, Olakira. Along the way we see Dik Dik, giraffe and a chameleon. He was awesome.

We watched him change color as he moved across the terrain.

We found a group of three male cheetah and watched them sleeping in the sun.

We then came across a female cheetah eating a gazelle. We also watched a striped hyena go running to a Wildebeest leg he had hidden in the bush.

He pulled it out and ate it while we watched. We came across a pride of 6 lions sleeping in the sun. We also found a leopard in a tree, thus completing our “Big 5.” We finished our game drive with seeing a group of bat eared foxes going out for an evening hunt.

We got a taste of the camp at night. After a warm welcome and getting settled we headed out to the campfire to meet our camp mates. Pascal is the manager.

He does an excellent job of putting people at ease, getting everyone introduced to each other and talking. From the fire we proceeded to have dinner with everyone at one long table.

The tents are much closer together than at Oliver’s Camp. I miss the privacy. I also miss a permanent water supply. However, Olikira does some things much better that Oliver’s.

First, getting everyone involved.

They do that better here. My wife says the food is better here than the other tented camps we stayed at. She appreciates the hot plates that keep the food warm.

She also likes the hot coffee, as opposed to other camp’s lukewarm coffee.

Then there is the hot water bottle in the bed at night, she let out a yell to get over the initial shock of finding one in her bed.

You put your feet in under the covers and come across a wiggly, fuzzy, warm lump, I knew about the water bottle but she did not, oops my bad… She also says this is the best mattress we have had so far. All in all, she really likes this camp. 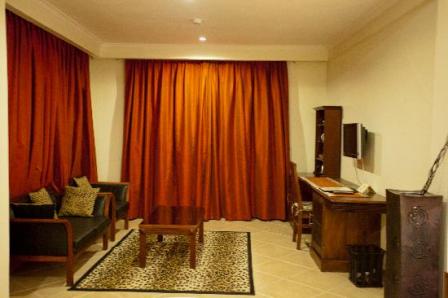