Okiek People and their Culture in Kenya

You are Here: Home › Kenya Culture › Okiek People of Kenya

In 2000 the ethnic Okiek population was estimated to number 36,869, although the number of those speaking the Akiek language was as low as 500.

Many Ogiek speakers have shifted to the languages of surrounding peoples: the Akiek in northern Tanzania now speak Maasai and the Akiek of Kinare, Kenya now speak Gikuyu.

The Ogiek are one of various groups of hunter-gatherers in Kenya and Tanzania to which the term Dorobo or Ndorobo (a term of Maasai origin now considered derogatory) has been applied. Land Disputes 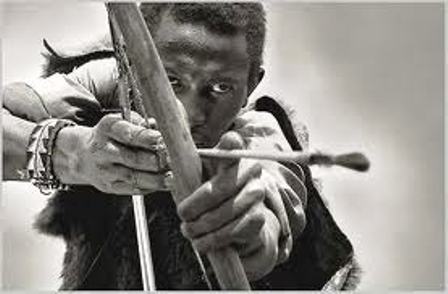 Hunting style of the Okiek People

The Ogiek have made numerous claims against the government of Kenya alleging unfair treatment, especially that they have been illegally dispossessed of their land.Timsales Ltd. is active in deforestation in its area for long.It is partly owned by relatives of former presidents Kenyatta and Moi.

Ogiek people are classified under the Nilo-hamatic speakers Ogiek people have a language called Ogiek. 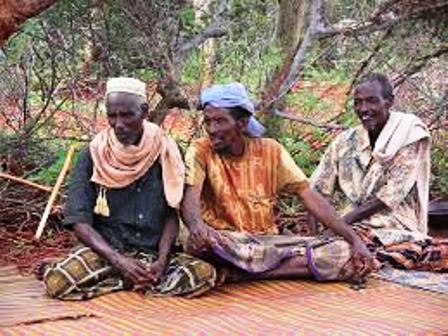 The Ogiek people are a hunter gatherer group

The Ogiek people are a hunter gatherer group and solely depend on the forest for food, medicine, shelter and preservation of their culture. Majority of its members live in Mau forest, in the great Rift Valley Province, being the largest and the only remaining forest dwellers in Kenya.

They live in groups and clans Ogiek means ‘ caretaker of all’ of plants and animals, or scientifically the flora and fauna they are found in places where tress, birds and wild animals provides them with psychological comfort.

Ogiek people are among the poorest people in Kenya due to high level of illiteracy and their lifestyle of hunting and gathering, which is considered unsustainable. With the illiteracy rate rating about 98% with 95% living below poverty line. 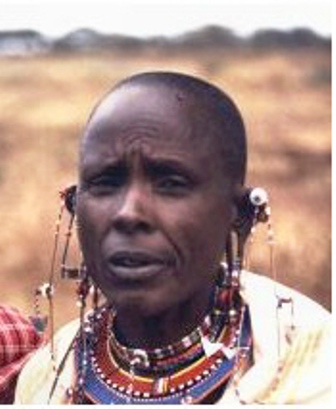 Ogiek people are among the poorest people in Kenya

The Mau forests are the largest remaining block of moist indigenous forests in East Africa., covering some 900km2. First gazetted in 1932, many changes in its management policy have resulted in excisions, boundary alterations and fragmentation.

Prior to 1932, the forest was intact under the management of the about 20,000 Ogiek, a hunter-gatherer community of forest dwellers who depended on the forest for subsistence and shelter.

The community divided the forest among their clans using natural features like valleys, rivers and hills as boundaries.

Ogiek depended on the forest for their livelihood. Collection of wild fruits and nuts, hunting, honey harvesting were a daily routine. At no time was a patch of forest cleared for farming. 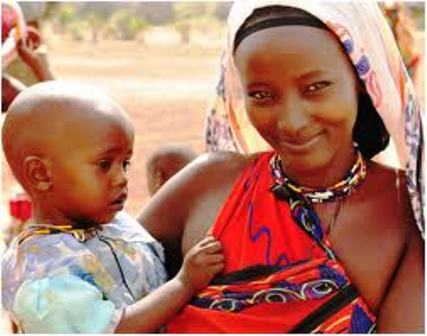 The Ogiek had sound management systems that ensured that there were no forest fire outbreaks. Only the experienced elders were allowed to make beehives and harvest honey to avoid harming trees.

Harvesting of trees such as Olea euro and Dobeya goetzeni, mainly used for honey harvesting and herbs was prohibited. The elders only allowed the use of Juniperus procera for making hives.

The forest was also divided into blocks, each given to a clan, which divided them according to family lines. Each family was supposed to take care of its block. The elders had a sound management plan that ensured these forests remained intact.

Problems began in 1930 when parts of the Mau were cleared to pave way for forest plantations using exotic trees. This pushed the Ogiek deeper into the natural forest.

Soon saw millers were issued licenses for logging at very low fees. This led to intense logging. In 1943, the government introduced the shamba system to facilitate plantation establishments and food production for the local people.

Problems continued further for the Mau with other peoples being allowed to settle into the forest and the Ogiek being forced to settle by the government.

The Ogiek do not like the idea, and the government has been continually evicting them from the forest, while at the same time settling in outsiders into excised land. No consultations were done with the Ogiek, neither were alternatives provided.

The Ogiek recognize that they have been the owners of the forests and used indigenous knowledge to sustainably utilize the forests. 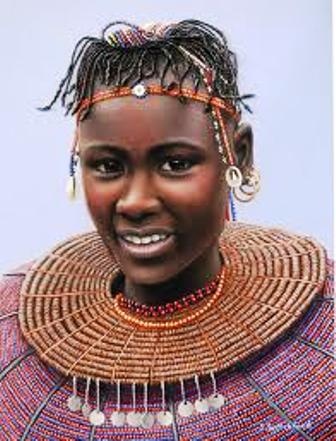 The Ogiek note that forest destruction in form of charcoal burning, timber harvesting, farming, commercial plantations and grazing is being done by outsides, and this impacts on their use of the unaffected forest areas. They state that traditional forest management systems need to be incorporated into the management criteria for Mau forest.

They advocate sustainable forest management, and promotion of activities that reduce pressure off the forest such as sericulture, butterfly farming, farm forestry and bee keeping.

Although these could be solutions, no other form of management of the Mau could work as the Ogiek traditional management system did.