You are Here: Home › Kenya Restaurants and Cuisines › Nairobi Havana Bar and Restaurant

Having travelled in Nairobi for a little over 10 years,

I now have a reasonable picture of the local nightlife.

And Nairobi Havana Bar and Restaurant is one of my favorite places to sneak into for a drink, a chat with the bartenders, and to people-watch.

Oh, and to listen to some good music.

The locals all seem to think that Nairobi is a major centre of nightlife, but all things are relative.

Other Restaurants in Nairobi

I came from many years in kampala, and I can assure you that Nairobi is a country town compared to the big Africa cities in terms of nightlife.

I'd say that there are about 10 bars in Nairobi that I'd really rate at all. And Havana is one of just two or three that I consider genuinely comparable to good nightspots elsewhere.

The mix of people in the bar is quite interesting.

It's very popular with the locals, many of whom are business people in the Westlands area who wander in there after work.

Later on they are joined by the nightclubbing set (who are probably heading somewhere else such as Black Diamond) but who may pop in just for a look to see who's around.

And there's always a smattering of very friendly and available local girls, the number of which varies according to which night it is.

It also gets a few tourists, and definitely later on on Thursday's it fills up with quite a few of the expatriates living in town; the downside is that a large number of them are from NGO's and the UN, both groups I have learned to have very little respect for in Africa.

there are different kinds of music on different nights of the week. Early in the week it's pretty ordinary, mostly locals dropping in for a drink and the recorded music is pretty generic.

Saturdays they have live music, and I think Sundays it's C&W. But the best night for me has always been Thursdays with DJ Zelalem.

He's a very interesting guy and always ready for a chat with the regulars. Best of all, he plays great music.

The first time I saw him I thought he'd probably play hip hop crap all night, but no, he plays a truly great selection.

He knows his music and chooses carefully according to the people in the crowd, the mood, etc. So you may hear some neat techno, a few old classic rock numbers, even some Louis Armstrong or Duke Ellington.

With the help of my iPhone and Shazam I've added considerably to my music library since I've been going there.

My tip for a Thursday night is try to get there a little early (about 8:30) and get yourself a seat, it's usually packed later and there's a huge crowd spilling out onto the street.

So, all in all, a pretty interesting and fun place to go, somewhat dependent on which night of the week and what time it is.

As it's not far from other nightspots such as Black Diamond and Gipsy's you can make a bit of a night of it and go barhopping in the immediate area. 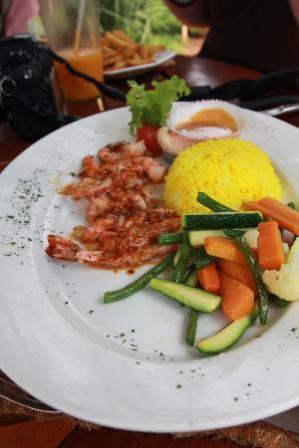