Kipepeo Beach Camp is unimaginable! Much has been written about this beautiful country, which boasts the breathtaking beauty of attractions such as: the vast plains of the Serengeti National Park, the majestic Kilimanjaro Mountain, Ngorongoro Crater, Lake Victoria, the spice island of Zanzibar and many more. However, there is one exceptional beauty that is often overlooked:

There are some secrets which are still well kept and the South beach of Dar es Salaam is one of them. Miles and miles of unspoilt and undeveloped white sandy beaches.

The pontoon crosses the mouth of Dar es Salaam harbour, departing from Kivukoni, near the fish market ,and arriving in less than 5 minutes at Kigamboni

From there you travel on a beautiful palm lined tarmac road through an area that is so undeveloped it seems that it has been forgotten by the city so close by.

Within 9Km you will arrive at..........what are we doing?We stayed in the bandas by the beach for one night, which was fine.

They have a shared bathroom so it's just one step up from camping.

The bed was comfortable and it had a decent mosquito net but there were some bitey insects around.

The food was average and a bit pricey but otherwise ok. Service was disinterested and a bit slow.

The beach is nice. There is some rubbish around but that's to be expected at a beach so close to the city centre.

There are nicer beaches on Zanzibar but if you don't have time the water here is turquoise and great for swimming. 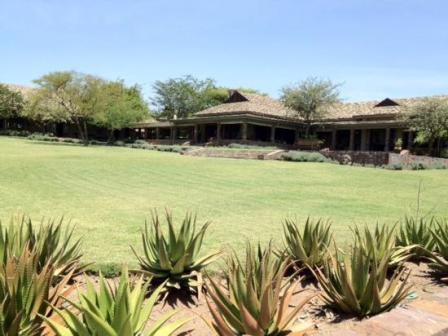