Juba Hotel Dar es Salaam is located in the heart of city center. Having been established in 80’s the hotel has been running successfully for over 25 years. The proximity has paid parking available opposite the hotel allowing easy mobility and access to customers.

We stayed only for one night, just to rest between bewildering Northern Tanzania and relaxing Zanzibar. We choose it due to its proximity to the ferry port, which was a mere 5 minute taxi drive from the hotel.

As for the place itself, well, it's cheap and it shows. It was reasonably clean, but the air conditioning kept losing the battle against the sweltering heat and the room was quite hot.

The location, although somewhat central (and, as noted before, close to the ferry terminal), is rather grim and desolate. To conclude, it's a reasonable option if just wanting to sleep on the cheap side before heading out to Zanzibar.

Staff is friendly, the place is kept clean, breakfast is included and served next door in a decent and rather cheap restaurant.
Wifi is not free, only worked in the lobby, and was unreliable when I was there.

A sign at reception says that alcohol is not allowed and neither are unmarried couples.

The hotel is close to town and is a good alternative to the popular, with tourists, hotels on Libya street. 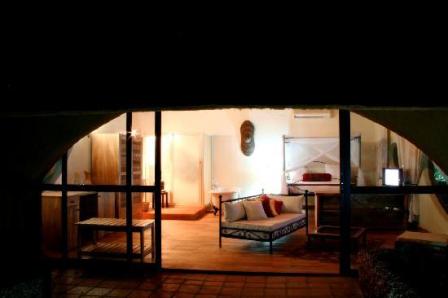