While Jangwani Seabreeze Resort certainly is not the height of luxury, it is well situated only a minute or twos walk from the beach and we had no problems while we were there.

The hotel is situated 20 minutes out of the hustle and bustle of the city and its beachfront setting make it even more relaxed and pleasurable.

The rooms were more than basic. with a king size bed, clean crisp white lined, fully operational air conditioning, a writing desk & chair and cupboard facilities allowing you to pack out.

The bathroom was average with a toilet and basin but most importantly it had a seperate demarcated shower.

The rooms are all built around a beautiful courtyard with the breakfast area and a private swimming pool for hotel guests only.

There is a small curio shop around the reception and lounge area with wifi access.

Across the road, a mere 15m walk from the hotel is the actual Jangwani resort.

Here they have 1 large swimming pool and 1 toddler pool, a dining area, pool tables, PS2 and Wii games, a bar and dancefloor, and a few travel convenience stores.

As you walk out of the resort courtyard you on the beachfront. The hotel beach is cordoned off by rocks that extend into the sea and ensure that the beach is private and for hotel guest only.

They provide a very upmarket party atmosphere with music and drink for the adults at night with alot of locals attending.

During the day they have activities and amusement for children with Pool inflatable, cartoon characters like Spiderman and Games run by clowns.

Even without kids we thoroughly enjoyed it all. At the resort they also offer boat rides to the smaller islands accross the beachfront and even to Slipway which is a another hotel/restaurant/mall a little further away.

The food was amazing. Breakfast was basic with the usual teas, coffees, juices, cereals, eggs and some accompanying dishes.

Lunch and Dinner was spectacular. Most of the food in Zanzibar and Dar es Salaam are an Indian/African fusion.

We had peri peri prawns barbequed to perfection in a tandoori oven. Beef Shitaki with a spicy sweet and sour sauce that was more indian than far eastern.

We definitely got more than we bargained for. In terms of affordability we paid $US 80.

We were originally supposed to say at another beach resort on the island of Kigamboni which is directly across the main ferry port at Dar es Salaam for $US 60.

The taxi driver advised us against this as a taxi to Kigamboni is $US30 one way so $US60 return because even though its only 500m away - you need to board a ferry with the taxi to get there.

Jangwani on the other hand has a free shuttle service to the Holiday Inn in town .

From the Holiday Inn we were able to get a taxi to all the local attractions for under $US10 and took the 18:30 shuttle service in the evening back to the hotel. 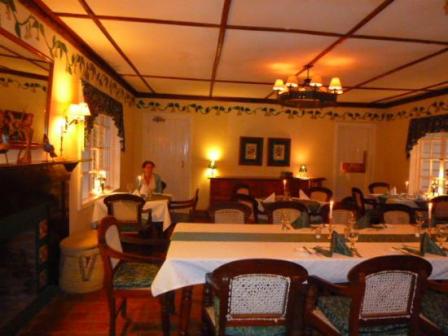