Embu People and their Culture in Kenya

You are Here: Home › Kenya Culture › Embu People of Kenya

Who are the Embu People in Kenya? The Embu are a Bantu people inhabiting the Embu District of Kenya. They speak the Bantu Embu language as a mother tongue. To the south of Embu are to be found their cousins, the Mbeere people, in Mbeere District.

Previously, the Embu and Mbeere were in one district, Embu District, and were just referred to as the Embu people.

To the east, Embu neighbors are the related Kikuyu in Kirinyaga and Nyeri districts. The Meru people in Meru South District border Embu to the North.

Origin of the Embu People

The Embu are of Bantu origin. They are concentrated in the vicinity of Mount Kenya.

Along with other Eastern Bantu groups such as the Kikuyu and Meru, the Embu are believed to have entered their present area of inhabitation from points further south, where they had settled early on after the initial Bantu expansion from West Africa. 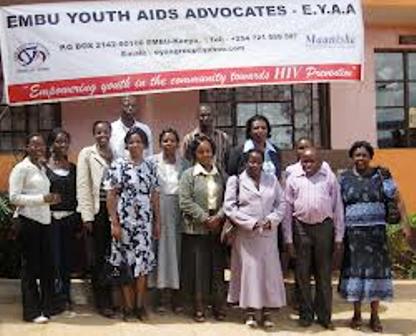 Origin of the Embu People

The migration to Mount Kenya was perhaps due to conflicts there, such as slavery. It is believed that they migrated as far as the Kenyan Coast, since the Meru elders refer to Mpwa (aPwani or Coast) as their origin.

The conflicts there, perhaps slave trade by Arabs, forced them to retreat northeast to the interior of Kenya, and they settled by the slopes of Mount Kenya.

They were to refer to this location as the place of the Lord, the owner of the snow ("Nyaga") or ("Njeru" meaning white) — hence the name "Mwenenyaga" or "Mwenenjeru".

The couple was blessed with wealth, and their descendants populated the rest of Embu.

History of the Embu People 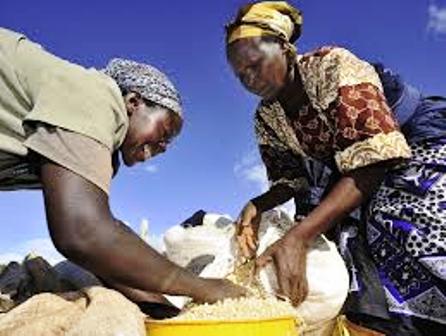 History of the Embu People

The Embu are cash crop and subsistent farmers who also rear cows, goats and sheep. A man's riches were formerly judged by how many wives and children he had.

For example, Senior Chief Muruatetu, probably one of the most famous of the Aembu people, not only had sixteen wives and many children, but he was also a respected administration officer for the colonial government and independent Kenya. An entire village bears his name, and a school is named after him.

The Embu were fierce warriors who, although rarely raiding other tribes, always stood firm in defence of their territory and people. Many occasions are on record where the Embu had to fiercely repulse Kamba and even the dreaded Maasai invasions.

They also rose against the British in the Mau Mau fight for Kenya's independence. The fact that the tribe was and continues to be considerably small explains their relatively small impact on the history of Kenya.

A captivating photo of Embu warriors hangs at the Izaak Walton Inn in Embu, named after Izaak Walton, an English gentleman who was enraptured by the fresh trout available in the fresh rivers flowing through Embu. The Ruvingaci and Kavingaci Rivers border Embu town to the west and the east respectively and are a key source of domestic water to many Embu families.

Embu region has for long been known as having very conducive altitude and climate that produce highly superior human body system.

There has however been very little or no efforts in engaging young people from this area in sporting activities to tap this advantage.

However, the country's athletic team has immensely utilized the altitude and climate advantage of Embu through doing practices especially at Kigari teachers college and it's environ, area that is at the slope of Mt. Kenya.

Economic activities of the Embu People 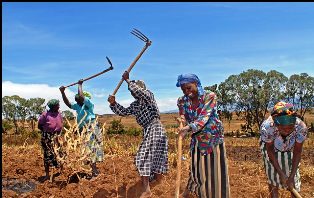 Economic activities of the Embu People

Embu lies on the windward slopes of Mt. Kenya. It remarkably occupies the most prime fertile lands of the Kenya highlands.

Two seasons are enjoyed each year, and the weather is favorable for diverse agricultural activities. The main food crops grown are maize,beans, yams, cassava, millet, sorghum, bananas and arrowroot, among others.

This, alongside the domestic livestock of cows, goats,sheep and chicken, keeps the people well fed throughout the year. Instances of drought or famine are extremely rare.

With the advent of colonialism, many cash crops were introduced. For long these have offered a lucrative alternative source of livelihood for the people.

The most widespread cash crops to date are coffee, tea and macadamia nuts. These are mainly grown for sale with little being processed for domestic consumption.Embu district is the richest District in Kenya

Tourist attractions of the Embu People 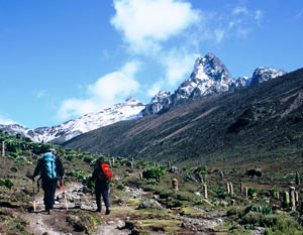 Tourist attractions of the Embu People

The district plays host to the renowned Mt. Kenya to the north. This remains an everlasting tourism attraction with hordes of foreigners and local people flocking to its slopes to savor the allure of its beauty and majesty.

Numerous expeditions set out each year to scale the slopes to the mountain top. It is an enthralling experience, especially watching the sun rise in the horizons in the early morning from the highest Batian mountain peak.

However, this climb is no mean achievement, and it calls for great stamina and resilience. Legend has it that one man Munyao did scale the mountain to the peak and hoisted the national flag during the independence day on 12 December 1963.

Other attractions in the region are the huge Karue hill towering high along the Embu-Meru highway. It's a magnificent view, made of a huge crested rock, at the top of which has grown two unique eucalyptus trees.

Lovers are known to savor the early intimacies of their love by basking in the twilight light of the evening at the hilltop.

From such a bird's eye view, one has a widespread view of far reaches of the entire of Embu.

Nearby to this hill are two magnificent waterfalls close together which color the sky white as their waters fall down, then marry to form one big Ena river that then meanders downstream to encircle the Karue hill.

To climax the scenery is the renowned Kirimiri hill nearby. Though not open for tourism, it is home to a diverse array of wildlife.

Much more abounds to keep the most eager tourist and visitor enthralled, not least the Embu people themselves who carry about their daily life with a deep sense of filial attachment to each other.

They are a hospitable people, always welcoming to visitors and eager to help.

This has endeared them to their neighbors and to strangers from far. Embu girls are known to make remarkable wives and mothers, while the men treat their wives with such respect and never ending love that hardly ever is family breakdown a subject of deliberation.

For long, Kikuyu, Meru and Kamba men have come to get brides from Embu, while the Embu men enjoy high regard from marriageable girls in the same tribes.

With the advent of Kenya nationalism, this high regard has permeated to the entire nation, and now the Embu form one respected unit of the Kenyan social fabric. 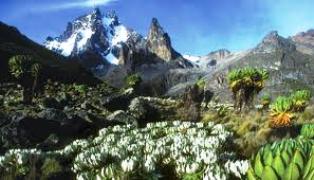