You are Here: Home › Facts about Kenya › Education in Kenya

Preschooling, which targets children from age three to five, is an integral component of the education system and is a key requirement for admission to Standard One (First Grade).

At the end of primary education, pupils sit the Kenya Certificate of Primary Education (KCPE), which determines those who proceed to secondary school or vocational training.

Primary school age is 6/7-13/14 years. For those who proceed to secondary level, there is a national examination at the end of Form Four – the Kenya Certificate of Secondary Education (KCSE), which determines those proceeding to the universities, other professional training or employment.

The Joint Admission Board (JAB) is responsible for selecting students joining the public universities. Other than the public schools, there are many private schools in the country, mainly in urban areas. Similarly, there are a number of international schools catering for various overseas educational systems.

Independent Kenya's first system of education was introduced by British colonists. After Kenya's independence on December 12, 1963, an authority named Ominde Commission was formed to introduce changes that would reflect the nation's sovereignty.

The commission focused on identity and unity, which were critical issues at the time. Changes in the subject content of history and geography were made to reflect national cohesion.

Between 1964 and 1985, the 7-4-2-3-system was adopted – seven years of primary, four years of lower secondary, two years of upper secondary, and three years of university. All schools had a common curriculum.

In 1981, the Presidential Working Party on the Second University was commissioned to look at both the possibilities of setting up a second university in Kenya as well as the reforming of the entire education system.

The committee recommended that the 7-4-2-3 system be changed to an 8-4-4 system (eight years in primary, four years in secondary, and four years in university education).

The table under Present-day education in Kenya below shows the structure of the 8-4-4 system. Although the 7-4-2-3 system theoretically ended with the introduction of the new 8-4-4 system in 1985, the last batch of students from the former system graduated from Kenyan Universities in 1992.

The current 8-4-4 system was launched in January 1985. It put more emphasis on vocational subjects on the assumption that the new structure would enable school dropouts at all levels either to be self-employed or to secure employment in the informal sector.

In January 2003, the Government of Kenya announced the introduction of free primary education. As a result, primary school enrollment increased by about 70%.

However, secondary and tertiary education enrollment has not increased proportionally because payment is still required for attendance.

The Kenyan 8-4-4 system of education has weathered many storms in the 24 years of its existence. Immediately after the first batch of students of this system graduated in 1989, most of the country was up in arms, criticizing the government of "haphazard adoption of the system".

The government turned a deaf ear, probably because the prospect of overhauling the new system was unwelcome for the cost that the exercise would involve.

Over the years however graduates have proved critics wrong by excelling in universities locally and abroad. Indeed, the brain drain being experienced where health workers and scholars emigrate to Western countries is proof of this.

Many 8-4-4 graduates have also excelled in universities outside the country.

The emphasis on vocational training has waned and recent changes to the curriculum have now laid more emphasis on information technology, sciences, mathematics and languages.

In any case, the academic workload and emphasis on passing written examinations has left little room for carpentry, masonry, cooking and other vocational training. 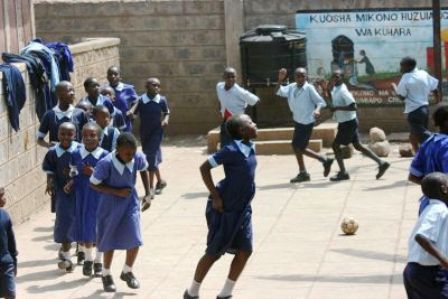