Kenya police - Police of Kenya, Security and Police in Kenya

You are Here: Home › Facts about Kenya › National Police

The Kenya Police is a national body in charge of law enforcement in the East Africa State of Kenya.

While organised at a national level, each arm reports to a Provincal police authority, which in turn divides its force by local Police Divisions, headquartered at local police stations.

All these element report to a National Police Headquarters in Nairobi, and several specialist elements, such as the Kenya Police College, are commanded directly from here.

The Administration Police service is commanded through a hierarchy separate from that of the National police.

The current Kenyan police force which report to the Commissioner of Police in the Office of the President, fields about 35,000 officers.

It is divided into the ten service and one training formations, who work in the divisions in each of the eight Provinces of Kenya. Each province is headed by a Provincial Police Officer (PPO).

National Kenya Police Headquarters is located in the heart of Nairobi Town at Vigilance House on Harambee Avenue.

All police units report to the Commissioner of Police who in turn reports to the Office of the President through the Minister for Internal Security and Provincial Administration.

The commissioner is responsible for all administrative matters and personnel matters affecting the force. The Kenya Police is governed by the force standing orders which governs the formation of various units and their scope of work.

Following a history of human rights abuses by the Kenya Police, efforts are being made to reform the force. Kenyan policemen are poorly paid and have to make use with archaic housing that has not been expanded or renovated since the 1970s.

This has made them very susceptible to corruption and crime. Extortion and bribery are not unknown practices and the Kenyan people rank the police among the most corrupt bodies in the country.

I hope you don’t need the Kenya police when you’re visiting the country, but here are some facts and tips in case you do have to deal with them.

Although the Kenya police seem to have improved during the last years, they can still be trigger-happy. There have been cases where the police, instead of arresting criminals, killed them when other options were available.

They normally behave themselves well towards foreigners and travelers, but it’s wise to be polite and cooperative when you have to deal with the police. Greetings, handshakes and general politeness can do miracles sometimes.

Kenyan police are known to be strict on expired tourist visas. You won’t be the first who has to spend a night in jail because your visa has expired for just a few days.

There have been reports of police raiding resorts, guest houses etc. to check on tourist visas. You can renew your tourist visa once, making the total allowable stay on a tourist visa 6 months. All details are on my Kenya visa page.

Being stopped by the police while driving is common. Checkpoints are typically marked by spikes across the road with just enough room to drive around them.

Always greet the officer and wait until you are waived trought. If you are accused of breaking some law, remain polite and accept what they tell you. After some lecturing you will normally be let go with a warning.

Corruption is still present everywhere in Kenya. Though set-ups by Kenya police for tourists in order to get a bribe seem to be a thing of the past, there may be cases in which a police officer will hint that a little something (a dollar or some small good) will make him look the other way.

Never suggest yourself to pay something. If he brings it up, it will be through catch words like ‘chai’ (literally meaning tea) or ‘kitu kidogo’ (‘something small’). You’ll have to decide for yourself how to deal with this.

In unofficial dealings, especially in remote areas, police may sometimes go out of their way to help you with accommodation, food or anything else. It can’t hurt to reciprocate here. Police salaries are very low and many have to rely on some extra income to survive. Just think of them as tourist office staff in this situation. 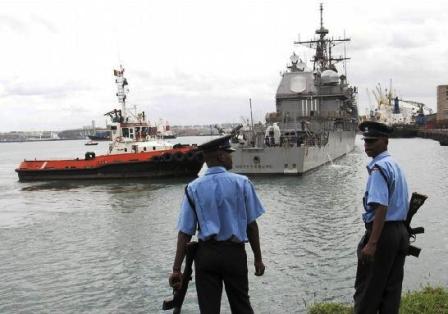