Bahororo people and their Culture in Uganda

Who are the Bahororo People in Uganda? Bahororo are the people of Mpororo – who lived in a short-lived Mpororo kingdom over most of south west (former) Ankole district, northern parts of Rwanda and parts of (former) Kigezi district.

The kingdom was founded by Kahaya of the Bashambo clan. He was related to the Batutsi ruling house of Rwanda. Before Kahaya and his people arrived, the area was occupied by Bantu later termed Bairu or slaves by Bahima as reported by John Hanning Speke. The kingdom lasted about one hundred years from 1650 to 1750. Other scholars have reported a shorter duration.

Following the disintegration of the kingdom the pastoralist groups lost their special political position in an overwhelmingly Bantu – Bairu population – and many of them returned to Rwanda where prospects were batter.

Although Bahororo ceased to exist in geographical terminology – and Mpororo kingdom disappeared from Uganda maps – their memory was sustained by clan chiefs most of them agriculturalists than pastoralists.

During the negotiations for independence the Bahororo living in Ankole unsuccessfully demanded a separate district. 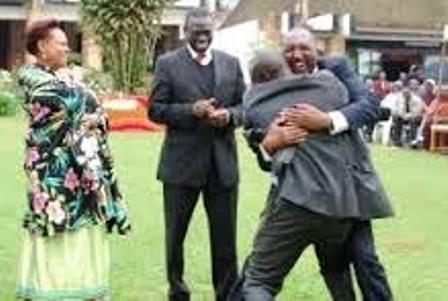 Bahororo people and their Culture in Uganda

A peaceful and sedentary people, the Bantu were quickly subdued and turned into Bairu to serve the interests of their new masters. Oral traditions confirm this relationship. These people are still known as Bairu.

During the British indirect rule, Bahororo especially of the Bashambo clan served as administrative chiefs and gained more extractive powers over Bairu.

In the late 1950s and early 1960s, Bakiga were resettled in Rujumbura because Kabale in then south Kigezi where they lived was over populated. 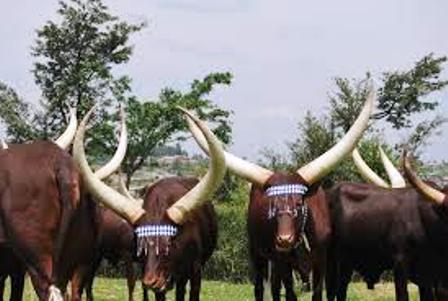 The cattle of the bahororo in uganda

So Rujumbura – and Rukungiri – is populated by Bahororo, Bairu and Bakiga as distinct groups who share the Bantu language but little else.

Therefore it is absolutely incorrect to refer to all people of Rujumbura and Rukungiri as Bahororo, underscoring that Rujumbura was never a part of Mpororo kingdom whatsoever.

To avoid confusion some Banyarujumbura and Banyarukungiri are quietly beginning to refer to themselves as Bairu, or Bakiga of Rujumbura or Rukungiri or such as names.

Although numerically small, Bahororo have wielded tremendous power because they have controlled religious and government institutions since 1800 and have consequently dominated the politics of Rujumbura county and Rukungiri district since independence in 1962.

Since 1986, Bahororo in then south west Ankole – now Ntungamo – and those from Rukungiri are emerging as a very powerful movement with military, political and economic resources. 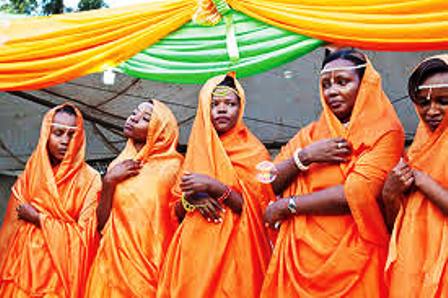 The Bahororo are more associated with Kigezi than Ankole

For various motives some non-Bahororo in Rujumbura and Rukungiri may not mind being referred to as Bahororo. That is their choice but they should not drag everyone along with them.

The Bahororo are more associated with Kigezi than Ankole. They reside mainly in Rujumbura in south western Uganda and are related to the Tutsi of Rwanda most Bahororo can trace their roots to the Buyumba region.

The Bahororo speak a dialect of Nkore-Kiga, Ruhororo, and are subdivided into clans most of which are common to both the Nkole and Kiga nations.

The Bahororo trace their roots back to the kingdom of Cush in modern day Ethiopia. However human and cattle genetics indicate that Bahima and Batutsi probably originate in the Central Sahara area.

While many people have some ideas about Bahima and Batutsi, they are not sure who Bahororo are, how they are related to Bahima and Batutsi and how and when they entered Uganda. This brief will try to provide a clarification. But first let me summarize the relationship between Bahororo on the one hand and Bahima, Batutsi and Banyamulenge on the other hand. 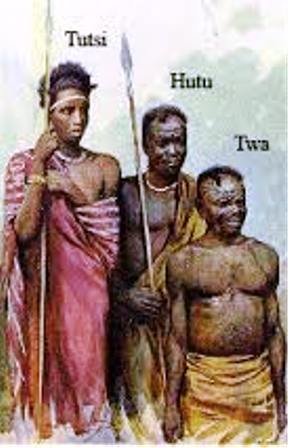 1. It is now established that Bahororo, Bahima and Batutsi have a common Nilotic and Luo-speaking ancestry. The Nilotic Luo-speaking people entered Uganda from Bahr el Ghazel in southern Sudan with long horn cattle. It is not clear what caused them to move.

2. However, conflict with Dinka people (whom they resemble) over grazing land and water has been mentioned as a contributing factor.

They crossed the Nile in phases into the grasslands further south.

In Bunyoro, Toro and Buganda the Nilotic cattle herders mixed extensively with Bantu speaking people and formed new communities based on mixed farming of cattle herding, crop cultivation and some manufacturing largely of iron products. They adopted Bantu language.

3. Those who entered Ankole (Nkore at that time) adopted the name of Bahima and Lunyankole (Bantu) language.

They introduced long horn cattle. Bahima decided not to intermarry with Bantu speakers they found in the area who practiced cattle (short horn) herding, crop cultivation and manufacturing activities.

Bantu speakers who were dubbed Bairu (slaves) by Bahima had a diversified economy and were relatively well off than the new comers.

4. The Nilotic cattle herding groups that entered Rwanda and Burundi adopted the name of Batutsi and Kinyarwanda (Bantu) language.

They also adopted Bahutu king’s title of Mwami, meaning that Bahutu had kings before the Nilotic herders arrived.

Like Bahima in Ankole, Batutsi in Rwanda and Burundi refrained from intermarriage with Bantu speakers whom they dubbed Bahutu (slaves).

5. Batutsi who entered eastern Congo now Democratic Republic of Congo (DRC) adopted the name of Banyamulenge. Banyamulenge do not intermarry with local communities.

6. In mid-1600s, a group of Batutsi from Rwanda under the leadership of Bashambo clan founded Mpororo kingdom covering northern part of present-day Rwanda and mostly southwest Ankole.

7. Thus, Bahima, Batutsi, Banyamulenge and Bahororo are cousins with the same ancestry of Nilotic Luo-speaking people and long horn cattle herders (or pastoralists). Because they do not marry outside their ethnic group, they have retained their distinct Nilotic identity.

Wherever they live, they adopt local names and local languages. That is all. They know and help one another very well. An ‘attack’ on one Muhororo is regarded by Bahororo as an attack on all of them.

7. Mpororo kingdom (kingdom of Bahororo people) disintegrated due to internal quarrels within 100 years of its founding. Bahororo then scattered. Some returned to Rwanda, others took refuge in Rujumbura in 1800, some stayed in Ankole and the rest went to other parts of Uganda.

To avoid being referred to as commoners Bahororo adopted the name of Bahima in Ankole, in Rujumbura and elsewhere. That is why they were not known until recently.

9. Although they lost their territory and suspended using their Bahororo name, they tenaciously clung together.

Why Bahima men will not marry Bairu women 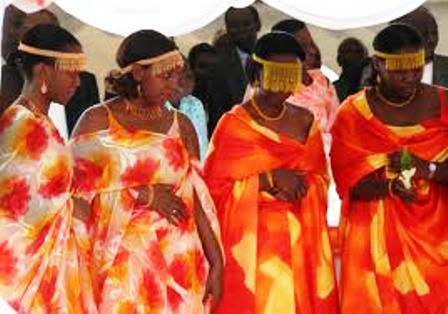 Why Bahima men will not marry Bairu women

I was very pleased to learn at a wedding function in Uganda recently, that the President of Uganda endorsed the culture of intermarriages.

It has been reported that societies in Northern and Eastern Uganda, Buganda, Bunyoro, Toro and Northwest Tanzania are relatively stable because two-way inter-ethnic or inter-tribal marriages have taken place there.

However, in Southwest Uganda, Burundi, Rwanda and Eastern DRC where intermarriages have been one way (Bahutu and Bairu men marrying Batutsi, Bahima, Banyamulenge and Bahororo women whereas Batutsi, Bahima, Bahororo and Banyamulenge men are not marrying Bairu and Bahutu women), there has been constant conflict that contributed to the tragic events of 1972 and 1994 in Burundi and Rwanda respectively. 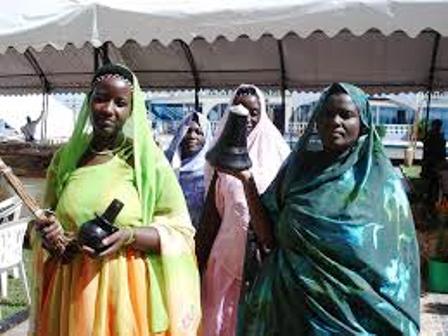 The wedding ceremony of the bahororo

It has been reported that the desire by Batutsi, Bahima, Bahororo and Banyamulenge men to dominate Bairu and Bahutu politically and economically led them to refrain from marrying outside of their circles.

This has been written about extensively by historians like Kevin Shillington (1989) who wrote that “some immigrant pastoralist groups intermarried with settled cultivators and between them produced new mixed-farming populations.

But the Hima and Tutsi [and later Bahororo and Banyamulenge] of the Southwest highland zones (Great Lakes Region) did not mix so freely. They avoided intermarriage and by keeping themselves distinct they managed, in time, to establish a position of domination over the majority peasant cultivators (Bairu and Bahutu) of the region.”

In Rujumbura County of Rukungiri District where Bahororo (Batutsi from Rwanda) fled to and sought refuge in 1800, (60-90 years after Mpororo Kingdom disintegrated and were replaced by Bahima in Uganda), there is not a single Muhororo (singular for Bahororo) man – to the best of my knowledge, since I come from Rujumbura – who has married a Mwiru (singular for Bairu) woman because, it is said, Bahororo do not want to be infiltrated and weakened politically since secrets about dominating Bairu and others would no longer be kept.

Because of this exclusiveness, Bahororo led by the Bashambo clan have ruled Rujumbura since 1800, dominating all major political positions and making them economically, and by extension, militarily powerful. 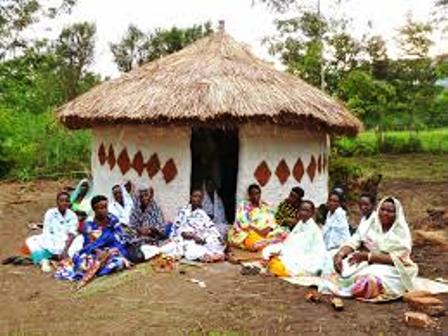 The traditional houses of the bahororo in uganda

Educated and wealthy Bairu have been urged to marry Bahororo, Bahima and Batutsi women and become “tutsified’ and abandon their ethnic relatives who have remained leaderless. Bairu men who have not married Bahororo women have been systematically marginalised, however educated they are, sowing the seeds of instability in the area.

It has been brought to Ugandans’ attention that everywhere you look in Uganda’s major political parties, you will find that their leaders are either Bahororo, Batutsi or Bahima, or Ugandans who have married Bahororo, Bahima, and Batutsi women.

And that is why some informed commentators are beginning to say that FDC, NRM and, to a certain extent, DP, are actually political parties of the same feather. Ugandans are challenged to research into these developments and decide on the way forward for the unity and stability of the country.

I spent 30 days in the DRC, Burundi and Rwanda in January and February 2010 and devoted some sleepless nights investigating this intermarriage issue.

The conclusion was the same: namely that for the sake of political domination, Batutsi and Banyamulenge (in Eastern DRC) men do not marry outside their ethnic groups while wealthy and educated Bahutu marry Batutsi and Banyamulenge women and thereafter become ‘tutsified’ and abandon their indigenous ethnic people who remain leaderless and vulnerable politically and economically. 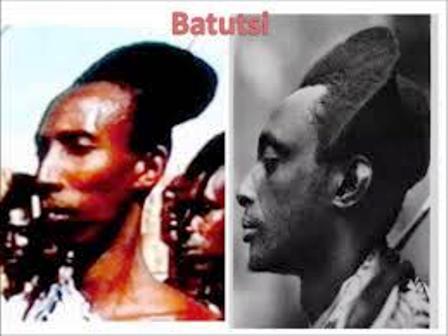