I don't always write lodge reviews because travelling on a budget means staying in the bigger lodges which have so many reviews already.

However, on each trip I do try to save some money to stay at one special place and on this recent safari I chose Alex Walker’s Serian's Serengeti South camp.

When we arrived from the Crater, migration herds dotted the plains in front of our tent and that night wildebeest surrounded us whilst in the distance we could hear lions roaring.

Several nights later I was woken up by the sound of a herd of zebras galloping through the camp.

Things we really enjoyed were walking part of the way to the lookout point over Lake Eyasi, which was an amazing sight;

having sundowners perched on top of some large boulders overlooking beautiful valleys;

driving around the highlands where ancient acacia thrived and visiting the gully where the fly camp is located if you should choose to take that option.

Dotted around these areas are dramatic kopjes and zebra, gazelle and eland graze peacefully (well, the eland run away at the first indication that people are about!).

The game around camp, on the vast plains which easily dwarf those of the Mara, are plentiful as they play host to the migration in its hundreds of thousands of animals.

It is also a veritable hotspot for cheetah, and our final tally was around 20, perhaps 21 because with so many it is hard to count.

Our best lion sightings came on drives to Lake Masek and the Ndutu area although with these easier predator sightings came many more safari trucks. The cheetah sightings we had all to ourselves for the majority of the time.

Meals are taken together in the large mess tent which I found rather fun, a little like a dinner party, but all outings are taken with your own private driver and guide.

The vehicles aren't ideal for the serious photographer (in my opinion) but are designed this way as they apparently negotiate the sometimes slippery conditions better than heavier ones.

Just as well, as we had some heavy rain which took some excellent driving skills to negotiate.

Despite my opinion on the vehicles, our photography didn’t appear to suffer because we still were able to photograph from windows, through the open top and amazingly (apart from lions!!!)

by getting out of the vehicle and standing, kneeling or lying on the ground. Thank goodness laundry is free!

I’m not particularly fussed by food and drinks whilst I’m in the bush, but the food was plentiful, varied, well cooked and presented and the drinks were free and also plentiful.

Give me a gin and tonic under the acacia tree in a comfortable seat overlooking the plains and I’m happy, who wouldn’t be?

Karen was managing the camp whilst I was there and did a great job being unobtrusive, friendly and organised.

Things ran smoothly and she went out of her way to help us with some of the photographic projects we had organised.

All in all, I really enjoyed Serian, South Serengeti but I think anyone planning a visit there should realise and expect that this isn't mass marketed safari living.

If we go back to Serengeti Tanzania we would definately aim to stay at one of Alex walkers camps again. 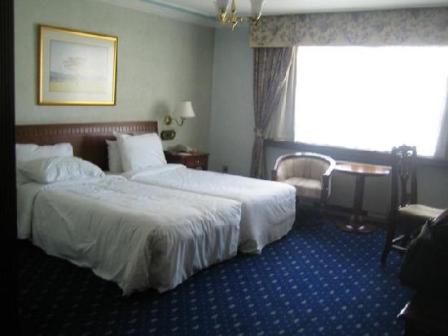