You are Here: Home › Universities and Colleges › Zanzibar University Tanzania

The Zanzibar University (Chuo Kikuu cha Zanzibar), which opened in 2002 as the first university in Zanzibar is a private university sponsored by the Darul Iman Charitable Association, an Islamic religious organization in Ontario, Canada.

It is situated at Tunguu area, in the Central District, some 12 miles (19 km) from Zanzibar Town.

The University campus, with a total area of 170 acres (0.69 km2) of land, is located among quiet countryside surroundings overlooking the Indian Ocean. There is public transport to the University.

In 1994 Aboud Jumbe Mwinyi, a former President of Zanzibar, persuaded The Darul Iman Charitable Association (NGO) representatives, who were stationed in Dar es Salaam, to build a technical college in Zanzibar.

The request was accepted; construction began in 1994 and was completed in 1997.

The Zanzibar University was planned to begin modestly with the Faculty of Business Administration.

The proliferation of business enterprises and hotel resorts and the gradual expansion of the tourism industry in the country convinced the Darul Iman sponsors to begin with the Faculty of Business Administration, with the view of satisfying the immediate needs of the business community.

Within the next seven or so years more structures will be erected to accommodate additional faculties, namely: Faculty of Science, and Faculty of Engineering.

All the faculties will in soon offer Bachelor, Masters and Doctorate Degrees.

In cooperation with the Euro-African Management Research Centre (E-AMARC) based in Maastricht, The Netherlands, ZU has established a centre for Small Business Developmen

The Deputy Vice Chancellor for Academic Affairs/the Director of Postgraduate Studies and Research/the Director of Institute of Continuing Education will then send to prospective applicants forms and other information on condition that they have submitted in writing full details of their academic qualifications.

The forms, duly filled, must be returned to the Deputy Vice Chancellor not later than 15th July for October intake.

The academic year begins in October and ends in September of the following year.

New students are admitted in October of every year. During the registration, documents are thoroughly checked.

Prospective students are therefore required to bring with them official original transcripts, certificates and other relevant documents as declared on the application forms.

Legal action shall be taken against any applicant who presents forged documents.

Registration can only be considered if the University receives satisfactory evidence that the prospective students will be adequately financed during their course of the study at the University.

Fees paid shall not be refunded. Students should carry with them enough money for contingencies.

An applicant may be required to sit for a University Entrance Examination.

The medium of instruction at the University is English. Thus, prospective students must have reading, writing and speaking proficiency in English.

During registration students will be required to submit a satisfactory medical report.

Prospective foreign students must necessarily seek and obtain police clearance and submit it to the Admissions Office.

A postgraduate applicant must submit three letters of referees who are in a position to give a detailed recommendation of the applicant.

A student who has previously attended any University and was discontinued on academic grounds may be admitted to this University after being examined and proved that the candidate is capable of carrying out studies in the field of study other than the one taken at the previous University.

An applicant discontinued on academic grounds from one Faculty may be allowed to apply into another Faculty provided that the University Senate approves.

An applicant who was discontinued on academic grounds wishing to re-apply in the same Faculty shall be re-admitted if the candidate produces evidence which satisfies the University Senate that some further studies has been undertaken and is capable of taking University studies.

If any applicant will be found to have cheated to gain University admission, the applicant shall be discontinued from studies.

Except in exceptional circumstances, no student shall be allowed to change courses or subjects later than the fourth week after the beginning of the first semester of the academic year.

No student shall be allowed to postpone studies except under special circumstances, sponsorship problems, poor health or social problems supported by satisfactory material evidence.

Students may be allowed to be away from University studies for a maximum period of two years, if they are to be re-admitted into the same programme and year of studies where they left off.

i) Students discontinued from studies on grounds of examination irregularity shall be considered for re-admission into the same programme and year of study after being away for two years.

They shall be required to apply for re-admission through their respective Heads of Departments and Faculty Deans.

ii) It is upon the University Senate to grant or refuse the re-admission.

All students, if admitted, are required to conform entirely to the University Charter, as well as Rules and Regulations, which may be issued, from time to time, by the University Council and Senate.

The Zanzibar University prepares students for the following first-degree courses:

The Bachelor of Business Administration in Marketing;

The Bachelor of Business Administration in Accounting & Finance;

The Bachelor of Business Information Technology;

The Bachelor of Law and Shariah;

The Bachelor of Arts in Public Administration;

The Bachelor of Arts in Economics.

The general requirements for the above mentioned first degrees are such that the applicant should have:

A minimum of Two Principal Level passes in appropriate subjects and the aggregate number of points shall be 4.5 and above;

An appropriate equivalent Diploma/Certificate of not less than Second Class/Credit level and approved by the Senate.

Have passed Pre-University Programme of the Zanzibar University or of any other recognized institution.

have completed one year of study in a University in their own home country;

have an appropriate equivalent Diploma of not less than Second Class/Credit level and approved by the Senate of the Zanzibar University;

have taken in Tanzania the Advanced Certificate of Secondary Education Examinations, or equivalent;

have Baccalaureate Certificate in approved subjects.

The Zanzibar University, the first University on the Isles, is a private institution sponsored by an NGO – the Darul Iman Charitable Association.

It is situated at Tunguu area, in the Central District, some 12 miles from the Zanzibar town.

The University campus, with a total area of 170 acres of land, is located among pleasant and quiet countryside surroundings overlooking vast expanses of deep blue waters of Indian Ocean.

It is an ideal place for serious academic work. Public transport (bus No. 339) from the Zanzibar Town will bring you to the University campus gates.

The Zanzibar University was officially opened in April 1998, and was registered in Zanzibar on the basis of the constitution of the Darul Iman Charitable Association, which received the Certificate of Registration No.22 under the Societies Act No. 6 of 1995 issued on 2nd August,1996.

The University was registered in Zanzibar with Certificate of Registration SO. No. 9177, under the Societies Ordinance Act of 1954, issued on 28th October, 1997.

The University received the Certificate of Registration No.118, under the Societies Act No. 6 of 1995 issued on 28th July 2000.

Being compliant with the provisions of the University Act, 2005, The University has been granted the Zanzibar University Charter, 2010 issued on 24th March 2010.

The Zanzibar University’s mission is essentially to promote discovery and application of knowledge, the acquisition of skills, and the development of intellect in the East African region with a view to prepare students to contribute effectively and morally to the developmental processes of their countries as good citizens of a rapidly changing world dominated by technological advancement.

The mission is currently achieved through high quality undergraduate and postgraduate academic programmes which are designed to make graduating students capable of employing themselves and others as well.

The Zanzibar University is a place for excellence and is expected to increase its role in the acquisition and dissemination of knowledge in the areas of computer engineering, social and management sciences through training, research and consultancy with the view to catch the wider markets within Tanzania and beyond by the year 2020.

After getting a letter of Interim Registration in 1998, the Zanzibar University (ZU) had tried its level best to implement all the recommendations put forward by the Technical Evaluation Committees of the Higher Education Accreditation Council of Tanzania, currently known as the Tanzania Commission for Universities.

Other Universities and Colleges in Tanzania 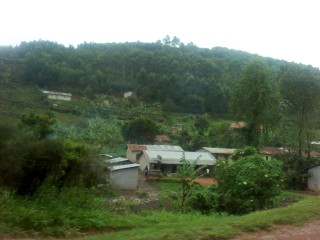