You are Here: Home › Universities and Colleges › University of Arusha Tanzania

A Seventh-Day Adventist Institution of Higher Education Do you want academic excellence in a stimulating Christian environment where faculty and staff are committed to prepare students for the joy of service in this world and the world to come?

Do you want to grow professionally through integrated development of the intellectual, physical, social, and spiritualdimensions?

Do you want to interact with faculty, staff and students of different nationalitiesand cultures?

Do you want to develop your ability, independence and creativity in thinking effectively, analyzing data, and communicating information clearly rather than merely reflecting others' thoughts?

Have you ever thought that you can be the best person you want to be in life?

The University of Arusha is the ideal place for you!

1970 - The Tanzania Union Mission of the Seventh-day Adventist Church found it necessary to establish a ministerial training institution for its workers.

It was located at Ikizu, 65 kilometers southeast of Musoma town. In 1975, the Tanzania Union Mission combined the Adventist School of Health Evangelism (ASHE) at Heri Hospital in Kigoma and the Ministerial Course at Ikizu.

This consolidated institution was then transferred to a new site at Usa River, 24 kilometers from Arusha town, and was named Arusha Adventist Seminary (AAS).

AAS was upgraded to a college status and named Tanzania Adventist Seminary and College (TASC).

In 1992, the name was changed to Tanzania Adventist College (TAC) and the ministerial course was replaced by a two-year diploma program in Theology.

TAC was affiliated to Griggs University in USA. Under this affiliation, TAC offered a Bachelor of Art Degree in Theology and Religion.

The affiliation was shifted from Griggs University to the University of Eastern Africa, Baraton (UEAB) in Kenya.

Under this affiliation, TAC was able to offer BA in Theology and Religion, BBA in Accounting and Management and Diploma Courses in Education and Business.

Apart from the affiliation with UEAB, TAC was also a Teachers' College under the then Ministry of Education and Culture (MEC).

TAC began the process of being a University. On September 2003, it was granted a Letter of Interim Authority (LIA) by the then Higher Education Accreditation Council (HEAC) of Tanzania, now called the Tanzania Commission for Universities (TCU).

Under the LIA, TAC was authorized to carry the name the University of Arusha.

HEAC granted the University of Arusha (UoA) a certificate of Provisional Registration CPR. No. 016.

he University of Arusha became fully licensed and accredited by Tanzania Commission for Universities as a graduate university.

The UOA becomes the first private university in Tanzania to install and offer a comprehensive on-line communication system for email, registration, results and finance.

The University of Arusha submitted the first four graduate programs to the TCU for accreditation in education and business. In October of that year, all campus roads were renovated.

His Excellency Prime Minister Mizengo Kayanza Peter Pinda honors the UOA with his presence as keynote speaker during the graduation.

Full accreditation by the Tanzania Commission for Universities (TCU) and the Adventist Accreditation Agency (AAA) from the USA granted to UOA.

More than 600 students celebrated the successful completion of their studies at UOA during Graduation Weekend.

Students are expected to register during the time specified in the Academic Calendar.

Registration is not official until all procedures specified are completed and the registration transactions have been accepted and approved by the Registrar of Admissions and Records.

Students shall attend only those classes for which they are registered.

It is illegal to attend a class for which registration has not been done and disciplinary action will be taken against a student who may attempt such behavior.

Students are expected to do online registration using the IUTUS system.

For new students, instruction and materials or a brief training on registration using the IUTUS system will be given.

Each student is assigned a username and temporary password that he or she can change to log-in to the system. A student chooses the courses he or she will take in the system and forwards the transaction to his or her advisor, dean of students, finance and registrar for approval.

He or she has the responsibility to check his or her transaction periodically for feedback as the officers concerned with registration usually need the input of the students to process the registration transactions.

Even though the registration is done online, a student is expected to have a dialogue with his or her academic adviser for proper academic guidance.

Consultation and planning with his or her advisor should be done not only during the registration process but as often as maybe needed during his or her stay in the university.

If the university discontinues any course, it will use its reasonable endeavors to provide a suitable alternative.

The University of Arusha offers academic programs leading to Bachelor of Arts (BA), Bachelor of Business Administration (B.B.A.) and Bachelor of Education (BEd).

The university also offers a Diploma in Education, Diplomas in Business Administration, and Pre-University Program.

A Concentration is similar toa Major but covers a broader range of subjects and often incorporates a number of professional and practical experience-type courses.

A Minor is a second area of emphasis, but the course work done is not as extensive as that of a Major.

Cognates are courses closely related to and/ or supportive of a student's Major. Several departments require certain Cognates to be taken in connection with the Major.

The specific requirements for areas of Concentration, Majors, Minors and Cognates, are listed underthe respective departments in the section entitled Courses of Instruction.

Selection of Major or Concentration

For better planning every student who is not sure of what he or she wants to take is required to select his or her major area of concentration by the time he or she completes the first year and before beginning the second year.

This will give the students ample time to concentrate on theirmajor areas during their last two years of study. Students are also advised to complete all general education requirements during their first and second years.

The University of Arusha operates on the semester system, each semester being approximately eighteen weeks in length.

The value of each course offered is expressed in terms of semestercredit hours.

One semester credit hour represents one-hour class period or a three-hour laboratory period per week for one semester.

The student is expected to spend a minimum of three hours ofoutside preparation for each one-hour class period.

Three credit hours are made up of 2 lecture hours and 1-hour seminar.

A 3rd semester is also usually scheduled between mid-July and mid-August.

Course offerings during the 3rd semester are few and depend on theavailability of lecturer and student interest. Students are allowed to take up to 10 credits.

A bachelor's degree requires a minimum of 123 semester credit hours.

For a student who presents no transfer credits, this will require a minimum of three regular academic years to complete a bachelor's degree as shown in the typical example as follow:

Other Universities and Colleges in Tanzania 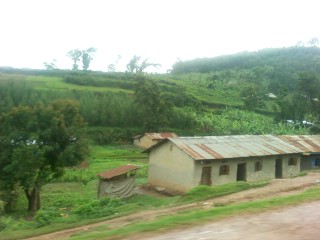