Tanzania Mining sector contributes about 2.3 per cent of the GDP, which is projected to account 10 per cent in 2025. It is one of the leading components in generating foreign exchange earnings within the non-traditional exports. Further is has great potentials for employment opportunities and spearheading for both the forward and backward linkage of the Tanzania’s economy.

Tanzania has a wide variety of minerals including diamonds, gold, base metals, gemstones and industrial minerals. It is the continent’s second largest gold producer after South Africa. Mining is the fastest-growing sector in Tanzania in terms of itsits share of exports.

The value of mineral exports increased from $14 million in 1996 to $711 million in 2005, underscoring the sector’s current position as one of the fastest growing sector guarantees investors security of tenure, repatriation of capital and profits and ensures a transparent regulatory and administrative system in the acquisition of mineral rights.

The government’s ban on trading in and the export of raw and uncut gemstones is meant to set the stage for the growth of a lapidary industry in which the country could attract and develop the requisite skills, which are currently lacking.

A number of international firms have already invested in the mining sector in Tanzania and attest to the enormous potential of the sector.

AngloGold has invested in the Geita goldfields, while Barrick operates the Tulawaka and Bulyanhulu gold mines. De Beers of South Africa owns and operates the Williamson diamond mines.

Exploration and exploitation of all mineral resources in the country including coal and petroleum is the responsibility of the Ministry of Energy and Minerals.

With petroleum exploration and development being governed by the Petroleum (Exploration and Production) Act 1981, the Energy and Water Regulatory Authority (EWURA) is responsible for regulating gas and petroleum transmission by pipeline. 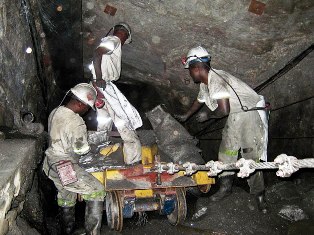