Tanzania Manufacturing Sector is still untapped and for that matter any investment in Tanzania finished or Semi-finished goods is profitable. Any investment in Chemical industry,Textiles, clothing and leather products,Metal and non-metallic products,Food, beverage, paper and paper products is highly welcome.

Participation in the regional and multilateral trade arrangements has increased the country’s market access .

Currently the manufacturing output contributes around 7.4% of GDP. The Government has placed great emphasis on industrial diversification and encouraging establishment of import substitution industries.

Tanzanian manufacturing development reflect three periods of industrial development in post independence Tanzania, namely: a period of expansion, 1974-1980; a period of collapse 1981- 1985; and a period of adjustment,privatization and re-structuring, 1991-2000s

The increase in growth was mainly attributed to increased production in areas such as cement, beverages, corrugated iron sheets, steel products, cigarette, plastic products and textile.

The manufactured goods exported included plastics, metals and apparels and mainly went to neighbouring countries of Rwanda, Burundi and Democratic Republic of Congo. 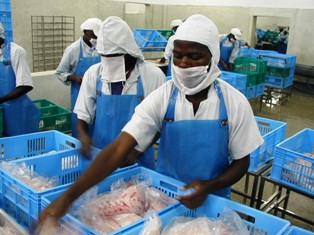