You are Here: Home › Kenya Business and Investment › Tanzania Banking and Insurance Services

Since the liberalisation of the financial sector under the guidance of the Banking and Financial Institutions Act of 1991, several key multinational financial institutions have established financial business in Tanzania .Well recognised international banks in Tanzania with the number of branches include Standard Chartered Bank, Backlays Bank, Stanbic Bank, Delphis Bank and ABSA Bank which bought the former state owned commercial bank, NBC Ltd.

The country’s financial system is governed by the Banking and Financial Institution Act of1991 which defines the legal framework for banking operations.

For the period up to June 2000 the number of commercial banks registered in the country had risen to 17 and increased rapidly to 31 in 2005. Several venture capital entities have been established offering substantial equity injection to business establishments

Most of these insurance companies are based in Dar es Salaam. However, some of them have established branches in other cities notably Mwanza, rusha, Tanga, Mbeya and Moshi.

Capital markets in Tanzania are regulated by the Capital Markets and Securities Act of 1994 and the Rules made by the DSE Council.

The Dar es Salaam Stock Exchange (DSE) was incorporated in 1996 and became operational in April, 1998. There are currently 8 securities being traded at DSE, while six corporate bonds exist in the market. 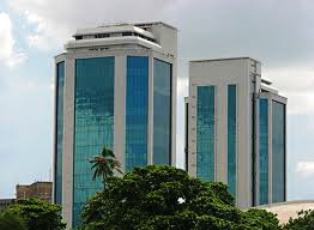