Rhino Tourist Camp in masai Mara is pretty good for a budget place, and is a 5-10 minute drive to the nearest gate into the Mara.

It had clean rooms and individual bathrooms, comfortable beds with mosquito nets, and you get two options, either to stay in the tented rooms on one side or the walled rooms on the other.

The food is reasonable (eggs and sausage for breakfast, beef curry and rice, noodles, cabbage etc for dinner).

What really made this place were the friendly and welcoming staff, and the other travellers.

After dinner most people (tourists, Kenyans and maybe a Maasai or two), would sit around the campfire swapping stories of the animals they'd seen that day and the many other adventures they'd had so far in Africa, usually over a Tusker or 2!

Lights out at 10pm, but the fire continued after midnight. Over the 2 nights we spent there, this place certainly had a great atmosphere! 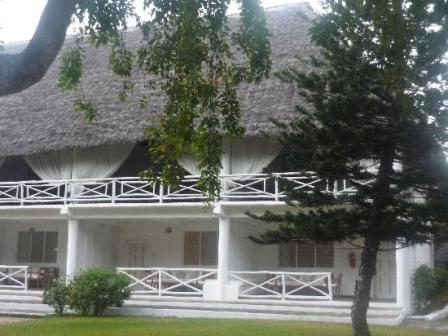