We had a wonderful stay at the Naboisho Camp. The camp itself is close to perfection, with great food and service. The tents make you feel like you are out there with animals and the views (even lying on your bed watching the sun go down!) are stunning.

We had some drives with Roeloff who is very enthusiastic and has great knowledge. Tip: try the nightdrives or the walk in the bush, it is amazing. There is plenty of wildlife around, so each and every drive out there was worth it.

The outdoor showers were AMAZING - there is nothing like enjoying a hot shower under the African sky with noting but the crisp air and sounds of the African bush to distract you... It's moments like these where you have to pinch yourself and see if you're awake or dreaming!


The other really impressive thing about Naboisho was that the small things were always taken care of and at a very high standard.

I was really impressed with the packed breakfast - complete with table-cloth and all. Most other camps just throw food into a cooler-box and send you on your way, but not at Naboisho.

It was impressive and was one of the things that really made me realise that these guys care about their guests! (wow, that sounds cheesy, but it's true!)

Also, Roelof was a great guide - we went for a short walk from the camp into the Conservancy and it was brilliant! It's hard to describe the feeling one has when they are walking in the African bush, knowing that there could be elephant or lion around the next corner...

Roelof was really knowledgeable but not patronizing when you ask questions (I can somewhat understand why some guides can get sick of answering the same questions after a while, but then again, it is their job!).

Anyway, it seemed as though Roelof was really proud showing off the African bush and sharing it with guests.

The camp itself is located in the middle of nowhere in the Naboisho conservancy, just north of the actual Mara reserve.

I was somewhat hesitant staying in a conservancy rather than in the reserve, but trust me, after experiencing both, I would stay in the conservancies EVERY TIME from now on.

The wildlife and game viewing is exactly the same (if not better), but the best thing is you do not have to share your sightings with another 30-40 vehicles like you have to do in the Mara.

At one stage in the Mara there were over 40 vehicles around 2 male cheetah who were just walking (not on a kill or anything!).

You can also do day trips from the conservancy into the Mara (which is only about 1.5hrs away anyway).

I strongly recommend looking at staying in the conservancy and venturing into the Mara for short trips...

Thanks to Roelof and Helen - great camp, great hosts, great game viewing, great activities and THE BEST SHOWERS IN AFRICA! 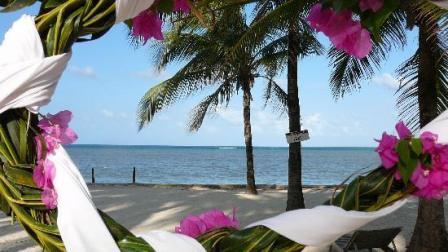